Olympiakos escaped from “Rizoupoli” beating Apollon Smirnis 0-3 while Skoda Ksanthi did the same with a goal from Silva Kleyton versus Iraklis Thessalonikis (0-1) at the Kaftatzoglio Stadium. 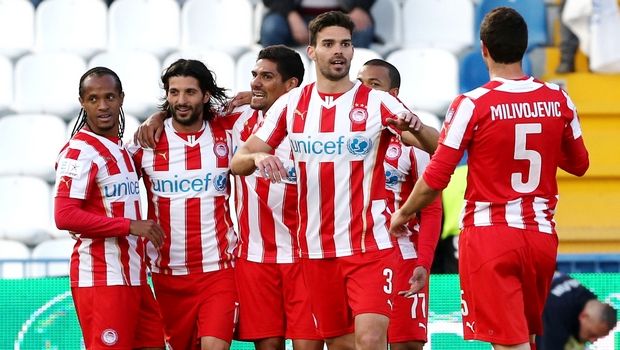 Apollon Smyrnis – Olympiakos 0-3
It was an easy afternoon for the Greek Champions against the first out of the two Football League (Division II) clubs that qualified for the Greek Cup semis (the other being Iraklis) as Apollon Smyrnis didn’t present a battleworthy squad to challenge them.
MVP of the game, Togolese midfielder Mathieu Dossevi, scored two, one in each half, the second with a brilliant shot from outside the box, and assisted the second of the game from a free kick (Franco Jara 25′).
Next game is scheduled for Wednesday, April 29th.
https://www.youtube.com/watch?v=5NnCflwFOEo

Iraklis Thessalonikis – Skoda Ksanthi 0-1
Iraklis was ready to relive older successes with the support of 18.000 fans, but a goal at the 7th minute from Ksanthi’s most valuable player of the match, Silva Kleyton, reduced their hopes of reaching their first final since 1987.
It was a game, full of passion and tough challenges which was expected to end in a low-score result. Emanuel Perone was given a chance to equalize with a one-on-one attempt in the second half but wasted his effort with a weak chip.
The teams will meet again in three weeks from now (April 30th).