TechNews
GreekReporter.comGreek NewsEconomyUniversity of Athens Cut Off from State as Occupation Continues for 10th... 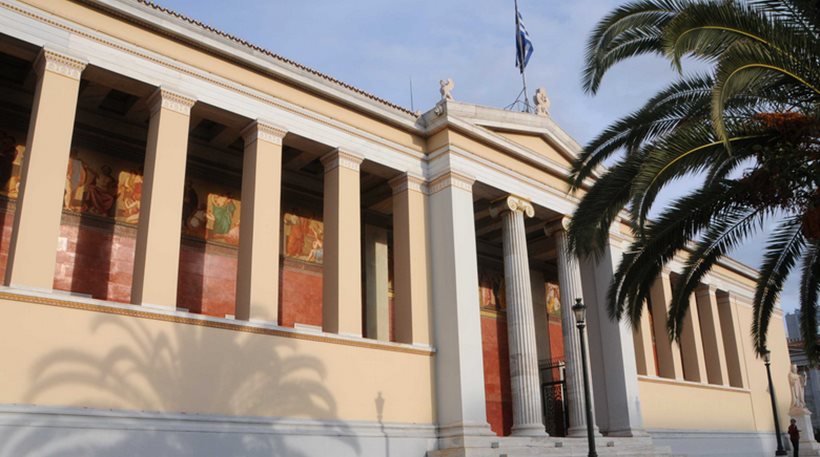 The Rector of the National Kapodistrian University of Athens spoke of “a negative world record” in describing the situation as the occupation of the rectorate and administration building by anarchists continues for the 10th day.
Operations in Greece’s biggest and most emblematic university have stopped completely and the government has done absolutely nothing to restore order, said Rector Athanasios Dimopoulos. All 30 departments of the university are now cut off from the rector and the rectorate is cut off from the state, he said.
The administration cannot communicate with other public services, such as ministries and municipalities, or with private organizations and educational institutions in Greece and abroad.
The university is about to rehire 350 administration employees who were laid off by the previous government but procedures have stalled because of the occupation. Also, pending agreements regarding fire safety, building security and cleaning services cannot be signed at present, hindering the operation of all 30 schools. In addition the deans of the schools cannot convene because of the occupation of the building.
International relations and partnerships with other universities, such as the Erasmus program for exchange students, have stopped. Graduation ceremonies have been postponed indefinitely as the central hall is also occupied. Scheduled events such as conferences, seminars, special lectures, scientific programs have also been postponed indefinitely, thus damaging the university’s credibility and prestige in the international education community.
The university authorities have made repeated efforts to persuade the anarchists to leave the premises but to no avail. The anarchists demand the abolition of maximum security prisons and the release of those who are serving time for terrorist acts.
Meanwhile, the citizens protection ministry refuses to order the police to evacuate the building calling such an action unconstitutional because of the university asylum. Students also refuse the presence of police in the building. At the same time, the ministry of justice does not want to take responsibility.