TechNews
GreekReporter.com Greece Greek President: We Stay Loyal to Our Principles and Values

Greek President: We Stay Loyal to Our Principles and Values 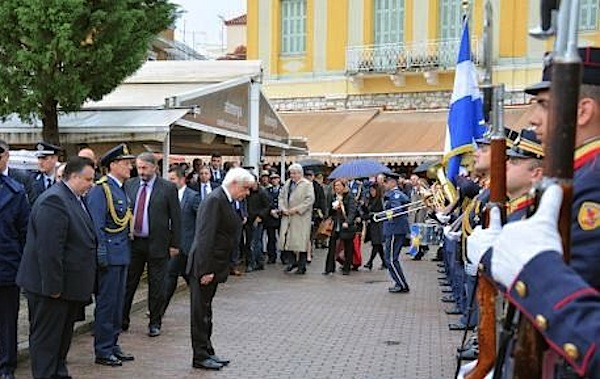 “We stay loyal to our principles and values and we do not lower the flag,” Greek President Prokopis Pavlopoulos said on Sunday after the memorial service in the Garden of Heroes in the city of Messolonghi, Greece, as part of events for the 189th anniversary of the heroic Messolonghi exodus.
“We, Greeks, have the duty not to forget the principles and values that form the foundations of our history. The commitment to freedom, as an experience, is something that has governed Greeks since the very distant past. The fight for freedom continues even today not only in Greece, but throughout the world, because other forces, beyond those that traditionally threatened freedom, may today prevent man from developing his personality in accordance with his capabilities,” Pavlopoulos said.
“We, Greeks, know the value of freedom; we have learned to conquer it and teach it. This is what we must do now; being faithful to our ideals and having on our side all those people who are committed to the same ideals that nowadays are complemented, apart from freedom, with social justice and humanitarianism, which are essential components of the value of man. From the sacred site of Messolonghi we send out a message once again that we stay loyal to these principles and our values, and we do not lower the flag.”
After the end of the commemorative events, the Greek President said that “the historic light, which springs from the heroic exodus and the sacrifice of the “Free Besieged” of the city is a never-failing one for Greeks and the whole world and particularly for Europe.”
“This lesson has to be assimilated primarily by the Greeks,” he said adding that Greeks should contemplate on their duty for the present and the future and finally become the example to their partners in the international community and the European Union.
“Obviously, they should not ignore their debt towards Greece either. And not just for Greece but particularly for the future and the prospects of the European Union,” he concluded.
(source: ana-mpa)

If you're in a crowd in Greece and shout "Mr. Papadopoulos," the most common surname in Greece, chances are that at least one man will turn his head.
Business