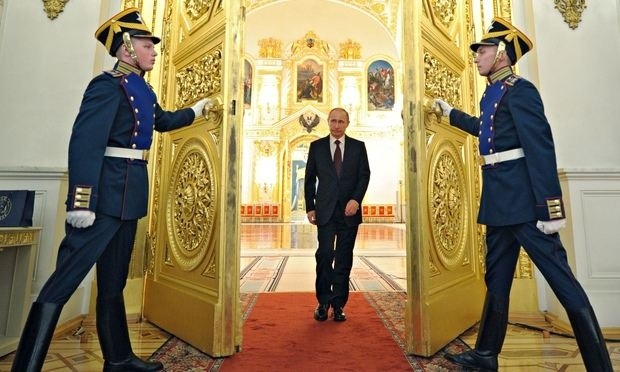 Greek Prime Minister Alexis Tsipras and Russian President Vladimir Putin are expected to discuss the economic ties between Russia and the European Union as well as the sanctions imposed by the second against Moscow,a Kremlin spokesperson said earlier today.

Prime Minister Tsipras and President Putin are scheduled to meet for talks next week in the Russian capital.

The Russian side is expecting the European Union to lift the heavy economic sanctions imposed over the country due to its role in the on-going Ukrainian Crisis and its officials hope to find useful allies in Greece and other EU member states such as Hungary.

Kremlin representative Dmitry Peskov said today: “It was too early to talk about the possibility of Russia providing any financial help to Greece, facing currently sever lack of funds, as its international lenders -the European Commission (EC), the European Central Bank (ECB) and the International Monetary Fund (IMF)– have decided to lift any further support if a list of economic reforms is not approved and implemented by the newly elected SYRIZA-led government.”

“Relations between Moscow and the European Union will be discussed in the light of Brussels’s policy of sanctions and Athens’ quite cold attitude to this policy,” Mr. Peskov underlined.

Officially, the Greek government has ruled out the possibility of seeking financial assistance from Russia, but the inability to reach an agreement with international partners that would unlock fresh funds has fired up such rumors. The Greek Prime Minister is scheduled to be received by the Russian President on April 8, during an official visit to Moscow, while he is expected to return on May 9 to attend a commemorative event in honor of the WWII Victory Day.

This is going to be Mr. Tsipras’ first visit to the Russian capital since his leftist party won the snap January 25 elections. The last time Mr. Tsipras visited Moscow was almost a year ago, in May 2014, when he attended a conference on bilateral ties and held meetings with a series of senior Russian state officials, but not the President.

It is reminded that during a European Union member states’ Foreign Ministers meeting in late January, the Greek Foreign Minister Nikos Kotzias highlighted that Athens insisted on removing a passage from the draft proposals, which would have imposed new sanctions on Russia.

The Foreign Minister also insisted that the final communique does not put direct blame for the Ukrainian conflict on Russia. The decided extension suggested that Greece’s new government might be openly skeptical of sanctions on Russia, although it would not break EU unity on the matter. Finally, the European Union Foreign Ministers decided to extend targeted sanctions against Russia by six months, until September, although they showed limited appetite for broader and stricter measures.

During his visit to Moscow, Tsipras, is expected to visit Prime Minister Dmitry Medvedev and Patriarch Kirill of Moscow and All Russia and give a speech at one of the country’s major universities, since he believes that there can be potential cooperation among Greek and Russian universities.