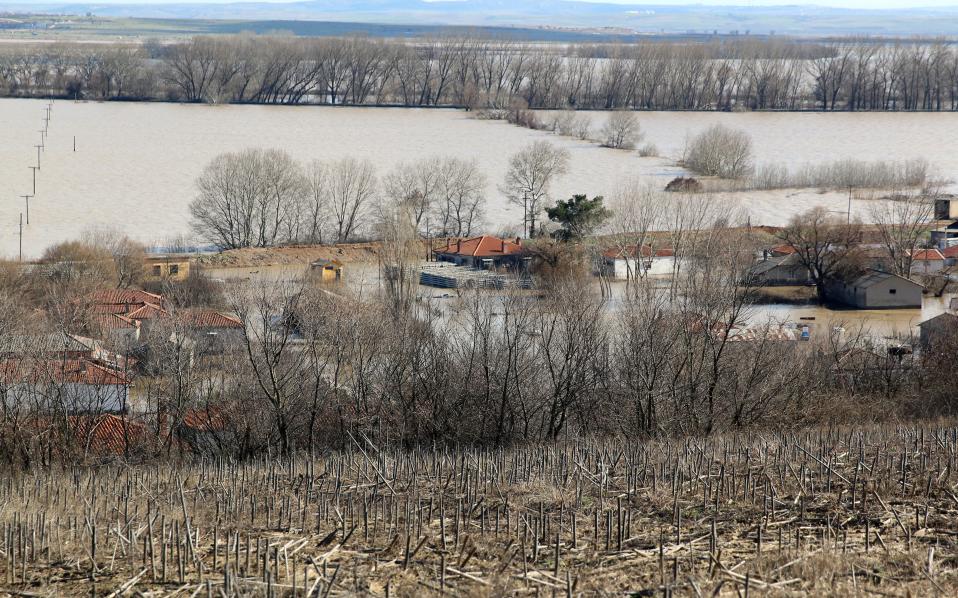 The mound in Serres, northern Greece, which has suffered many blows this winter, could not bear the high water pressure and finally gave in, flooding the area’s farmlands and sending local farmers into despair.
The situation in Serres is quickly deteriorating, especially in the Municipality of Visaltia. Despite the mounds built by the Greek army and local authorities, the farms in the region are in immediate danger. Meanwhile, according to locals, the livestock has already been removed from the farms.
Local authorities are worried because a total of 2,000 hectares of farmlands have already flooded, while they expect that the water will rise even more.
Meanwhile, in Lake Kerkini, even though the lake water has reached dangerous levels, the situation appears to be under control. “The situation is extremely serious but stable. We don’t want to endanger people’s lives”, said Mayor Kleanthis Kotsakiachidis from Iraklia Municipality.