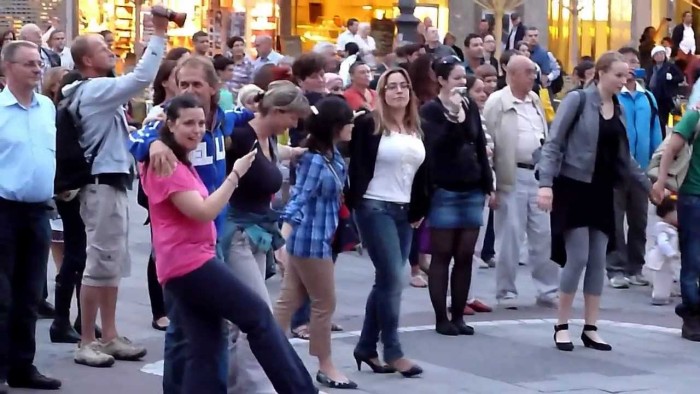 Similar flashmobs have also taken place in several other British cities with large Greek students’ population such as Birmingham and Huddersfield.

A flashmob is a group of people who assemble suddenly in a public place to perform an unusual and seemingly pointless act for a brief time, before quickly dispersing. They are often used for the purposes of entertainment, satire or artistic expression and they are organized via telecommunications, social media, or viral emails.