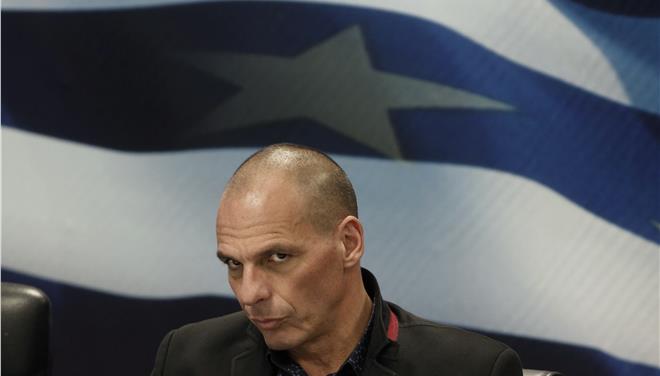 German newspaper Bild published a report today regarding scenarios over Greece’s outspoken Finance Minister Yanis Varoufakis’ resignation, which has been strongly denied by government officials. As cited by Reuters, the two unnamed officials have said that “none of this is true,” describing the scenarios as “far from reality.”

Earlier, Bild’s online version has reportedly cited another unnamed Greek government source as saying that Mr. Varoufakis resignation is only a matter of time, explaining that the decision has already been made. “That is already fact. It will also make relations with the European Union and especially Germany easier,” the report continues.

Yanis Varoufakis took office as Finance Minister after the January 25 elections, and ever since, has repeatedly been attracting media attention while leading the country’s ongoing negotiations with his Eurozone counterparts and the financial institutions — also part of Greece’s bailout package. Over the past several weeks, and especially before the Greek Prime Minister Alexis Tsipras’ official visit to Berlin where he held in-depth talks with the German Chancellor Angela Merkel and urged both sides to lower the tones and abolish the negative stereotypes for Greeks and Germans, bilateral relations have been severely strained. The bilateral relations reached a nadir when it was obvious that Mr. Varoufakis and his German counterpart Wolfgang Schaueble were in a public war of words, about various issues apart from the Greek program, such as the German war reparations.

During the March 25 national celebration on Wednesday, Varoufakis was reported as saying to a citizen who expressed support in his work, that he should continue supporting him even after “a break comes up,” intensifying speculation over his personal future in the cabinet and the country’s negotiations with the creditors.