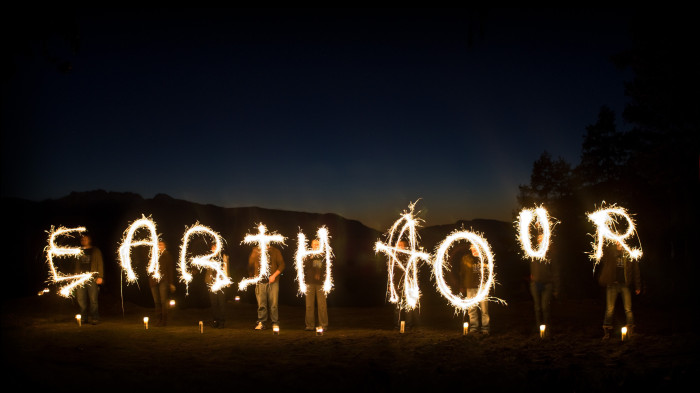 Athens International Airport is going to participate in this year’s Earth Hour on Saturday, March 28, turning off its lights and shutting down one of is two corridors from 8:30 to 9:30 p.m.
Moreover, during Earth Hour 2015, the establishment will reduce lighting in its buildings, car parks, vehicles and personnel in other selected areas within the airport.
To raise public awareness on climate change, communications in terminals will inform the public about WWF’s global mobilization and AIA’s participation. In addition, AIA encourages all airport personnel to participate in Earth Hour by reducing or turning off the lights in the house.
Other major Greek and international enterprises operating in the country such as Leroy Merlin, Factory Outlet, Kotsovolos, Sofitel and IKEA will also support the movement.
Earth Hour is a worldwide movement for the planet organized by the World Wide Fund for Nature (WWF). The event is held worldwide annually encouraging individuals, communities, households and businesses to turn off their non-essential lights for one hour, from 8:30 to 9:30 p.m. on the last Saturday in March, as a symbol for their commitment to the planet.
It was famously started as a lights-off event in Sydney, Australia in 2007. Since then it has grown to engage more than 7000 cities and towns worldwide.
Today, Earth Hour engages a massive mainstream community on a broad range of environmental issues. The one-hour event continues to remain the key driver of the now larger movement.