Greeks and Armenians Protest Against Kemal Ataturk Monument in Sydney 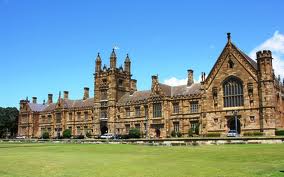 Greeks and Armenians in Australia are reacting to the erection of a monument in honor of Mustafa Kemal Atatürk in Sydney‘s Hyde Park. Several Greek Diaspora, Pontic and Armenian organizations expressed their disagreement with the monument in a written statement addressed to Sydney officials and news agencies.

“Kemal Ataturk was responsible for the mass-murder and forced death marches of ethnic minorities living in Turkey as well as those Turkish citizens who opposed his dictatorship during the early 20th century. Mustafa Kemal Ataturk and his supporters known as ‘Kemalists’ carried out a wave of barbaric violence against minorities living in Turkey,” wrote the Armenian Youth Federation of Australia, in a letter of protest addressed to NSW State Government MP Victor Dominello. The federation also invited the supporters of their cause to sign a petition for the monument’s withdrawal, which was unveiled on February 19, as part of the centennial Gallipoli landing anniversary.

Meanwhile, a protest letter has been circulating in social media and Greek Diaspora organizations, who have asked supporters of the cause to forward the letter to several email addresses in order to express their disagreement toward the Kemal Ataturk monument.

The Armenian National Committee of Australia wrote: “2015 marks not only the centennial of Anzac Day but also of the Armenian Genocide. It is critical that during such an important period of modern history, facts are correctly reported.”