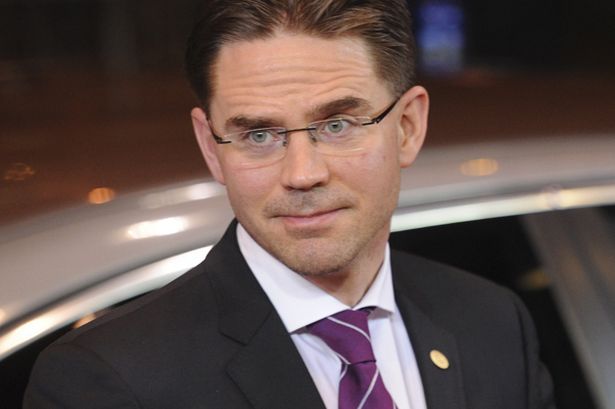 His belief that Cyprus has managed to deal with its economic crisis in a sufficient way expressed the European Commission Vice President, responsible for Jobs, Growth, Investment and Competitiveness, Jyrki Katainen, adding that the country’s image abroad is rather positive than negative.
Addressing the members of the Parliament Committee on Foreign and European Affairs, Katainen said that after the bail-in imposed on Cyprus in 2013, the country and its people have faced a lot of difficulties, but pointed out that the Cyprus’ image abroad is clearly improved, having a positive impact on the investment climate. “Giving you the impression from outside, your country has managed to deal with the crisis very well and this has helped you receive confidence,” the European Commission Vice President stressed. Katainen, who visited Nicosia as part of his roadshow to promote the Investment Plan for Europe, underlined that Cyprus could benefit from it in various areas, mostly in regards to its SMEs, tourism and energy, while stressing the importance of setting up the necessary national tools to organize this effort.
On his behalf, the Cypriot Chairman of the Committee, Averof Neofytou, welcomed the European Commission’s Investment Plan and said that it could benefit Cyprus since it aims at promoting growth and jobs. While adding emphasis on the energy sector, he said that hydrocarbon reserves in the Eastern Mediterranean could offer an alternative to Europe’s energy supply. “If we can manage to fund a viable project in this area, it could contribute to Europe’s energy security,” he concluded.