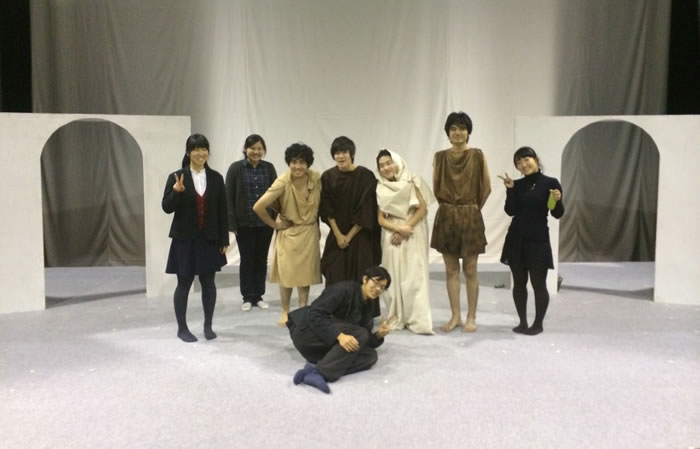 The ancient theater club at Tokyo University has organized the production of “Epitrepontes” an ancient Greek comedy by Menander which will be presented for the second year in Tokyo, Japan on March 25 and 26.

The play will take place in the ancient Greek language, even though the students (the director and the actors) didn’t even know how to pronounce the Greek alphabet before taking on the project. The students also received helpful assistance by Professor Yasunori Kasai, as well as other professors in the department of Contemporary Literature and Greek and Latin Studies.

The Ancient Theatre Club was created in May 2014 by students at the Department of Classical Studies. The University of Tokyo is the best Japanese university and one of the best worldwide. The University’s Greek tragedy Club which was founded in the 1950s and has featured members who went on to become important figures in the field of ancient Greek studies in Japan, such as Professor Shigeichi Kure (1897-1977) and professor of ancient Greek literature Masaaki Kubo.

The play is directed by Takuro Okamoto and it stars Kazuhiro Umemura, Yuya Koshihisa and Akihito Kawashima. It will be presented at Higashi Matsubara Broaderhouse on Wednesday, March 25 and Thursday, March 26, 2015 (at 2pm and 7pm).