Greek Souvlaki Made with Imported Meat 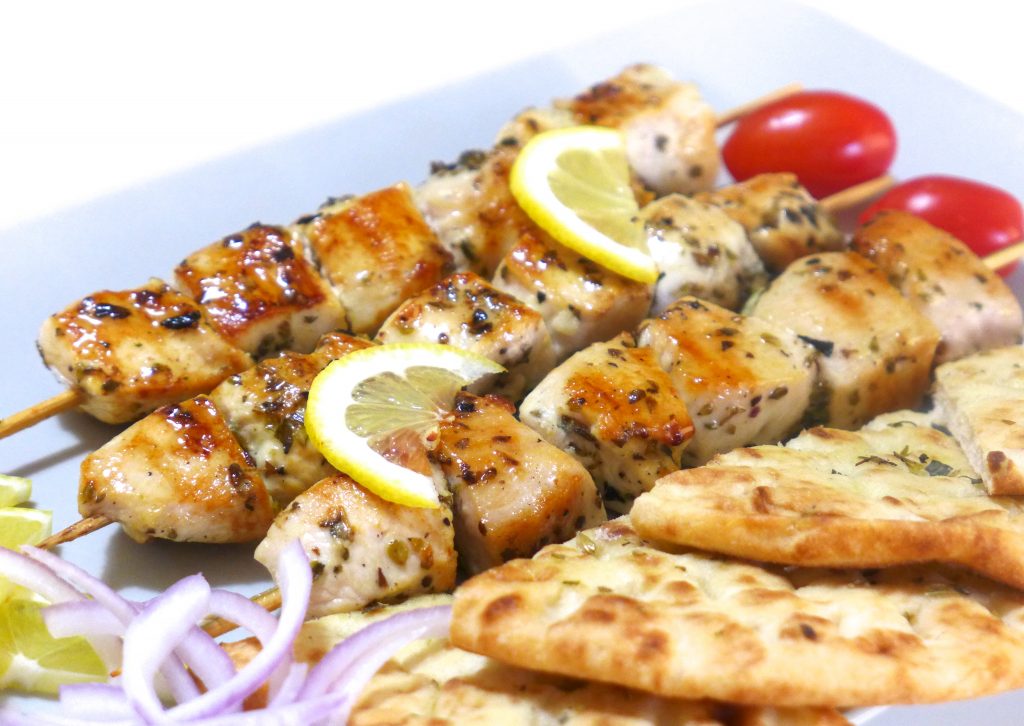 The famous Greek souvlaki may not be so Greek after all as most of the meat consumed in Greece is imported, a report said.
In fact, most of the Greek souvlaki is prepared using meats coming from Denmark, the Netherlands and Germany.
According to a report in Sunday newspaper “To Vima,” Greeks eat about 300,000 tons of pork per year, 190,000 of which are imported, which means that one in three souvlaki is “foreign.” Greece’s major providers are “Danish Crown,” the biggest pork meat producer in Europe and number two in the world, Dutch “Vion” and Germany’s “Tonnies.”
In 2013, meat imports amounted to 1.11 billion euros, with 2014 imports being in the same range. Greece ranks seventh, internationally, in consumption of red meat per capita.
The report made a comparison between meat imports and exports of Greek products, such as olive oil. Greek fish exports are about 420 million euros per year, while olive oil exports amount to 250-400 million euros annually. This means that export revenues do not cover the needs for pork and ox meat.
According to the report, red meat shortage in Greece is partly the result of the European Union’s Common Agricultural Policy. According to the EU directive, countries of the European North undertook the production of meat and dairy products while southern countries undertook the production of olive oil, fruits and vegetables.
In 1980, prior to entering the European Economic Community, Greece produced 85% of the pork consumed and 66% of the beef. Respective figures today are 63% and 13%.