Cypriot Foreign Minister: Talks to Resume Once Reasons of Suspension Cease to Exist 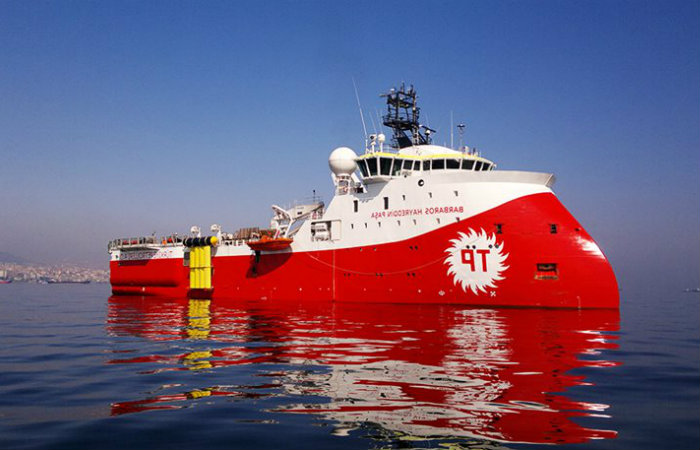 The Republic of Cyprus will only resume to the negotiation table with the Turkish-Cypriot side once the reasons it withdrew cease to exist, Foreign Minister Ioannis Kasoulides explained yesterday. As he said, Turkey will be the only one held responsible in case Ankara issues a new Navigational Telex (NAVTEX) for conducting offshore exploration activities in Cyprus’ Exclusive Economic Zone (EEZ) like it happened on October 2014, causing the suspension of United Nations-backed talks on the Cyprus problem. “This will be considered an act of bad faith,” he said.

Addressing representatives of the local press, the Cypriot Minister explained that the negotiations would restart from the point they were left before the Turkish violation of Cyprus’ EEZ with the deployment of seismic vessel “Barbaros.” Moreover, Kasoulides underlined that in the case of new round of talks, the Republic of Cyprus expects that no new NAVTEX will be issued and “Barbaros” will be withdrawn.

Repeated calls for the withdrawal of “Barbaros” went unheeded by Ankara, which announced in January the NAVTEX`s extension until April 6, 2015. As Kasoulides finally said, the fact that Turkey is presenting the resumption of the UN-backed talks as a result of the exploration and drilling activities in Cyprus’ EEZ, suspension is simply an excuse being promoted by the Turkish leadership. Italian energy company ENI is now proceeding with the maintenance of its drilling equipment and its platform in Cyprus’ EEZ, he concluded.