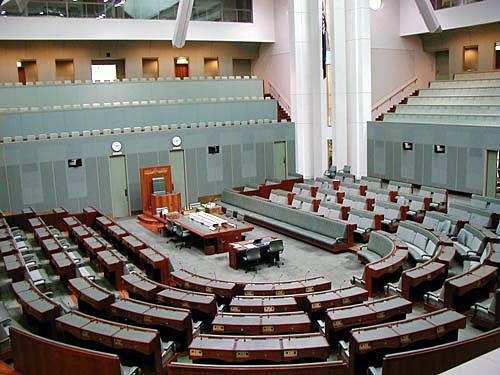 The Greek language preservation issue in Australia was discussed last week at the Federal House of Parliament and at the House of Victoria.

In Canberra, Greek-Australian Labor Party MP Maria Vamvakinou proposed the establishment of February 21 as Mother Tongues Day, while she made a special reference to the Greek Diaspora campaign “Speak Greek in March.”

“I want to congratulate the initiators of this campaign, whose official presentation took place on February 21 in Melbourne,” said Vamvakinou. Furthermore, she also noted that other national groups in Australia were thinking of establishing and promoting a similar campaign for their own languages.

Meanwhile, Labor State MP Steve Dimopoulos referred to the same campaign during his speech at the state parliament. In fact, part of his speech was in Greek.

“I am proud to be an Australian citizen, I am also proud of my Greek origin. I stand before you today to say a few words in my native language. Greek is the language in which some of the greatest achievements of the human mind were expressed. The Greek language has been alive for more than four thousand years and it consists of around five million words.

The Greek language has significantly contributed in the enrichment of English. Forty thousand words in English have Greek roots. The campaign’s aim is to promote the Greek language to future generations,” he said, noting that he was delighted to have the opportunity to talk about this campaign in the House of Victoria.