'Restart of the Economy Bill' Passes in Greek Parliament 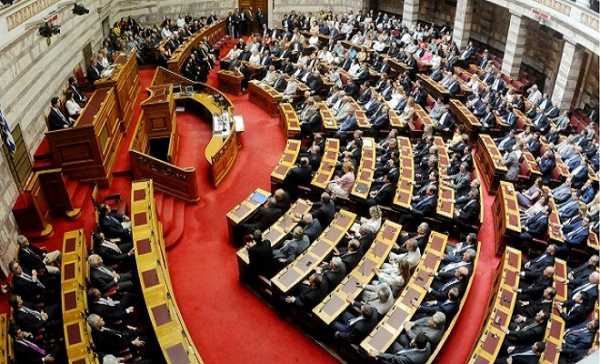 A bill titled “Regulations for the restart of the economy” passed in Parliament late on Friday night by roll-call vote, in principle and per article, under emergency voting procedures.
The bill, which settles arrears to the state and social security funds by provisions that include the opportunity to settle debts in as many as 100 installments, passed in principle by ruling parties SYRIZA and Independent Greeks (ANEL), and former ruling coalition partners New Democracy (now main opposition) and PASOK, while Potami and extreme-right Golden Dawn (Chryssi Avgi) voted “present.” The Communist Party of Greece (KKE) voted against because the government rejected an amendment for full write off of debts of families with total annual income of 20,000 euros and a haircut of debt for families with double that income.
During the per-article discussion, New Democracy proposed roll-call votes for four articles involving the jurisdiction of the finance minister in setting debt regulations and exemptions from them (articles 16-17); precautionary and temporary taxation of companies under suspicion of “triangular transactions” (article 21); and the end of all operations for Paraktio Attiko Metopo (Coastal Attica Front) S.A. and transfer of its assets to the current state privatization agency (article 24).
The four articles passed on the votes of SYRIZA and ANEL. ND, Potami and KKE voted against, PASOK voted for the first three and against the fourth, while Golden Dawn voted “present” for the first three articles and against the last one. 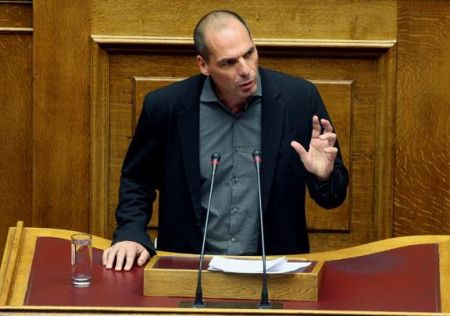 FinMin Varoufakis: Greece ‘claiming ownership of its reforms program’
Greece and this government have succeeded in claiming ownership of the country’s reforms, Finance Minister Yanis Varoufakis told Parliament on Friday during the debate on the bill to restart Greece’s economy, as he commented on Thursday’s EU Summit meeting.
“What we achieved with yesterday’s EU Summit, and are achieving every moment with blood, is the right of this government and of Parliament to claim ownership of the reforms program,” Varoufakis said.
According to the finance minister, the delays in communication with Greece’s EU partners is apparent since the agreement between the Eurogroup and Greece on February 20 is not due to the Greek side or to dissatisfaction over Greece’s proposals but “to some apprentice magicians in some of the institutions [Greece’s creditors] who would very much like to have us return to the state of the now-gone troika, where they would legislate and we would follow faithfully.”
Some people, he asserted, wanted us as early as February 21 to overturn the logic of the agreement and have us return to the fifth review, he added.
Referring to the draft bill calling for as many as 100 installments for repayment of outstanding debts to the state and social security funds, Varoufakis described it as “a necessary draft bill, although not adequate to restart the economy” and said that soon a draft bill would be tabled to regulate the non-performing loans of citizens to banks.
(source: ana-mpa)