GRNews
GreekReporter.comGreeceSurprising Greek Roster Selection for the 'Final' Against Hungary

Surprising Greek Roster Selection for the 'Final' Against Hungary

Newly appointed manager Sergio Markarian has announced the 23-man squad that will travel to Hungary for what is probably Greece’s last chance to qualify to the 2016 EURO. 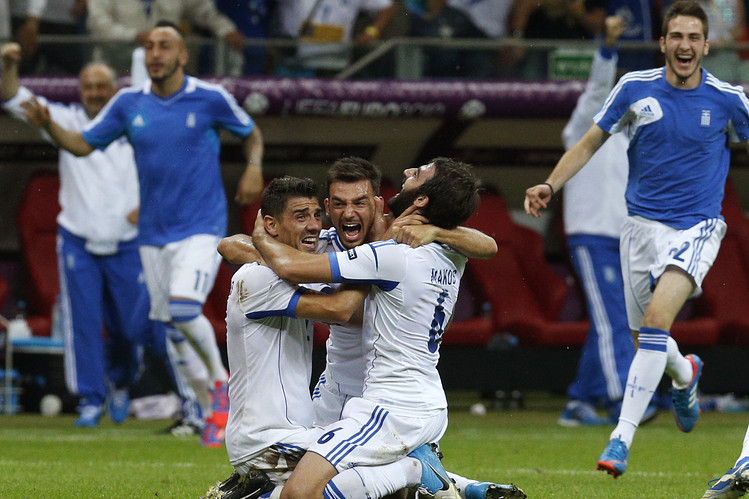 Kostas Katsouranis (Atromitos Athens) and Kostas Fortounis (Olympiakos) have deservingly won back a spot on the roster after their streak of stunning performances with their club teams. The former captain was heavily criticized for his poor condition during the 2014 World Cup and subsequently was dropped off the team after an infamous facebook page was created begging for his international retirement.
Talented center back Kostas Papadopoulos missed last summer’s tournament due to an injury that left him out for almost a year but is now ready to serve his home country again. The young defender almost made it to the Champions League quarter-finals with Leverkusen FC but was kicked-out by Atletico Madrid on penalties.
Apart from the above mentioned , the national team’s coach spotted the talent in PAS Giannena’s 27-year-old goalkeeper, Marcos Vellidis, bringing him on as a third keeper behind Orestis Karnezis and Stefanos Kapino. This was the former Aris Thessaloniki player’s first call-up for the Greek team and the first PAS Giannina player since the 80’s to make it on the Greek national team.
Giannis Gianniotas of Asteras Tripolis and Tasos Lagos of Panathinaikos are also summoned for the first time, taking up the space opened by the absent due to injury, Giorgios Samaras and Giannis Maniatis.
Here’s the complete list of players who will aim for Greece’s first victory in the EURO 2016 qualifiers in Hungary on Sunday, March 29th.
GOALKEEPERS: Karnezis, Kapino, Vellidis
DEFENDERS: Torosidis, K.Papadopoulos, Manolas, Holebas, Bakakis, Siovas, Papastathopoulos, Moras, Stafylidis
MIDFIELDERS: Tachtsidis, Katsouranis, Fortounis, Lagos, Samaris, Christodoulopoulos, Fetfatzidis, Gianniotas, Kone
STRIKERS: Mitroglou, Karelis, Athanasiadis