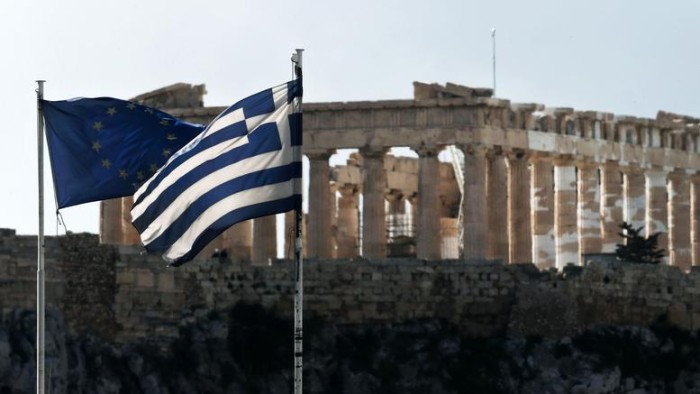 German media appear optimistic after the seven European leaders’ meeting on Thursday March 19, in Brussels.
German magazine Spiegel Online notes that the fact that the European leaders took the time to meet with Alexis Tsipras is an important symbolic victory for the Greek Prime Minister, who wants to prove to his country that he is negotiating on equal terms with the country’s European partners.
The Financial Times noted that Greek Prime Minister Alexis Tsipras “agreed to speed up his economic reform plans but failed to secure any short-term financing for his cash-strapped government at a meeting with German and French counterparts and EU leaders late on the sidelines of a summit in Brussels.” Furthermore, the article, entitled “Greece’s Tsipras vows to accelerate reforms at meeting with EU creditors” noted that yesterday’s meeting did not affect the agreement reached a month ago between the Eurozone finance ministers.
Meanwhile, Bloomberg published an article entitled “EU Asks Greece for More Reforms to Speed Aid Negotiations” referring to the meeting between German Chancellor Angela Merkel and Alexis Tsipras which will take place on Monday, wondering how long Greece can survive on reserves. The agency also noted that the EU leaders have warned that time is running out for Greece and the Greek government needs to present new measures soon. “Without a breakthrough, Greece could run out of money as soon as this month as debt payments and monthly salaries and pensions come due,” wrote Bloomberg.
Finally, the Washington Post reported that everyone who was present at the seven EU leaders meeting warned Alexis Tsipras that time is running out and that the Greek government needs to take direct action. “The leaders emerged more optimistic than when they went in, but gave little evidence of why, other than the timetable of the next days for Tsipras to present them with his intended reforms,” noted the article.
“The Greek government will take full responsibility for the reforms and submit a list of these reforms … in the coming days,” Merkel said according to Washington Post.