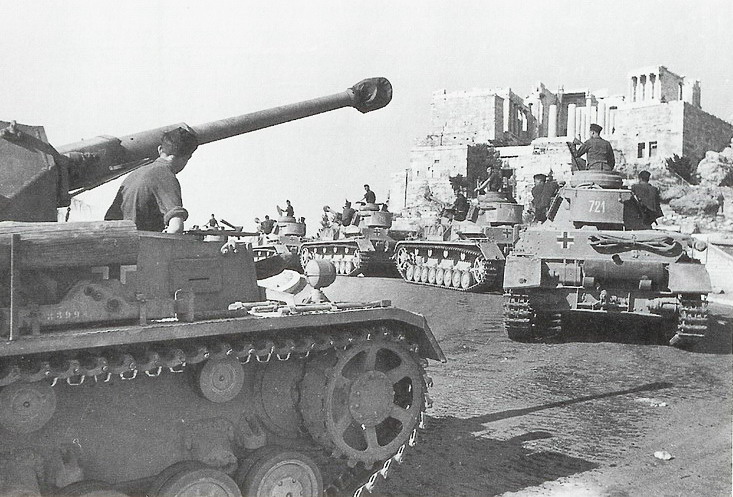 A growing number of legal experts are supporting Greece’s demands over the German war reparations from the country’s brutal Nazi occupation during World War II. Despite the official German refusal to address the issue, legal experts say now Athens has ground for the case. The hot issue is expected to be brought up by Greece’s newly elected Prime Minister Alexis Tsipras during his official visit to Berlin on Monday, where he is scheduled to hold a meeting with the German Chancellor Angela Merkel.

The tension between the two countries have recently rose to unexpected levels and a series of events with the Finance Ministers of Greece and Germany, Yanis Varoufakis and Wolfgang Schaeuble respectively, and the war reparations issue — mainly by the Greek side — has significantly affected the already negative climate. The Greek leftist-led coalition government has repeatedly raised the issue causing Germany’s firm reaction as expressed by German Finance Minister Wolfgang Schaeuble, who recently warned Athens to forget the war reparations, underlining that the issue has been settled decades ago. Central to Germany’s argument is that 115 million deutschemarks have been paid to Greece in the 1960s, while similar deals were made with other European countries that suffered a Nazi occupation.

At the same time, though, lawyers from Germany and other countries have said the issue is not wrapped up, as Germany never agreed a universal deal to clear up reparations after its unconditional surrender. The German answer on that is that in 1990, before its reunification, the “Two plus Four Treaty” agreement was signed with the United Kingdom, the United States, the former Soviet Union and France, which renounced all future claims. According to Berlin, this agreement settles the issue for other states too.

“The German government’s argument is thin and contestable. It is not permissible to agree to a treaty at the expense of a third party, in this case Greece,” international law specialist Andreas Fischer-Lescano said, as cited by the Reuters. Mr. Lescano’s opinion finds several other experts in agreement. One of them, the Greek lawyer Anestis Nessou, who works in Germany highlighted that “there is a lot of room for interpretation. Greece was not asked, so the claims have not gone away.”

Parallel to the above, another separate and still open issue regards the forced occupation loan taken from the Bank of Greece (BoG) in 1942, in order to fund the Nazis military campaign in northern Africa. The official German position is yet again the same: This is already covered. “The view of the German government is embarrassing. The Nazi regime even calculated how high the repayments should be on the loan,” historian Hagen Fleischer told Germany’s ARD television. What the experts say is that Greece could take the forced Nazi occupation loan to an international court, while increasing voice in support of the Greek demands are also heard in the Bundestag, the country’s federal Parliament. “It is about recognizing the fact that we committed a serious injustice in Greece,” the chairwoman of the Social Democratic Party (SPD) Values Committee, Gesine Schwan, told Der Spiegel last week.