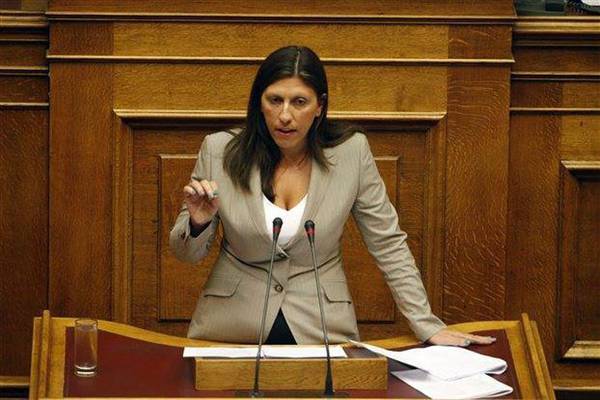 Parliament President Zoi Constantopoulou announced the establishment of an Audit Committee of Public Debt in a joint press conference on Tuesday, with ruling SYRIZA MEP Sofia Sakorafa and Belgian expert on odious debt Eric Toussaint, in charge of the committee team of experts.
Constantopoulou underlined that setting up a committee is the least that can be done for the Greek people and the European community to ensure justice and truth. She explained that the committee will investigate which part of the loans Greece received was wasted on bribery and corruption practices, which part is legal and which is odious and illegitimate and therefore, not owed.
The committee will convene on April 7 or 8 and its initial conclusions will be presented in an international conference on public debt in June.
SYRIZA MEP Sakorafa, who will coordinate the international team, underlined that the Greek people will learn the truth about everything that led to the memorandums.
On his part, Toussaint said that the committee will show which part of the debt is legal and which is odious and non sustainable, the repayment of which does not allow people to enjoy their fundamental rights.
He wondered why the previous government did not activate such a procedure, noting that the committee will give answers to all questions raised and, in cooperation with the Greek Parliament, it will also examine the period before 2010 focusing on armaments, Olympic Games, transport, Siemens and the Hellenic Telecommunications Organisation (OTE S.A.) contracts.
The Parliament president’s move was criticized by opposition parties.
(source: ana-mpa)