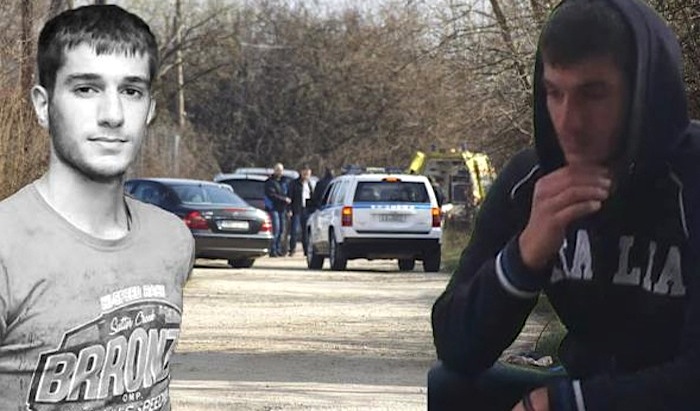 A tragic end in the case of the missing Greek student Vangelis Giakoumakis this morning Sunday March 15, after his body was finally discovered 37 days after his disappearance. What is now raising questions in Greece, is the fact that the student’s body was discovered in a creek only 800 meters from the Dairy School of Ioannina, which he attended.
Additionally, numerous police officers have revealed that during the search operations organized over the course of the disappearance, those participating have passed through the spot where the 20-year-old was found dead. According to police sources, the body was found by a shepherd who immediately called the authorities, while a knife was also found next to the dead young man.
The student’s uncle, George Viviedakis, has come forth and identified the boy to be his nephew. “They found Vangelis, he is dead,” a tearful relative told the Greek media. It seems “he wanted to disappear. I think it was a suicide,” the former police chief of Ioannina said to the Greek newspaper Proto Thema. Minutes after the body was discovered the coroner of the University Hospital of Ioannina arrived on scene. The report is expected to shed light in a case that has sent shock waves across Greece for more than a month.
According to the latest Information, the student was found with injuries to his wrists and a number of scars on various body parts.
The shocking case
Greek authorities were conducting a wide search through the city of Ioannina and the surrounding regions in northern Greece looking for 20-year-old Dairy School student Vangelis Giakoumakis who went missing on February 6. Private investigators, volunteers and numerous people who have never met the young man were also involved in assisting with the case. According to police reports, Giakoumakis lived in the school dorms. On February 6, he went missing but the investigation revealed that he had left his wallet and mobile phone behind. Since then Greek authorities in collaboration with Private Investigator Giorgos Tsoukalis had been trying to track down the young man. The search ended this morning after a local resident of Ioannina discovered the student’s remains.
Bullying Victim
An administrative inquiry completed on Friday, March 6, mentioned that Vangelis Giakoumakis was being continuously bullied by his peers. The inquiry conducted in the Dairy School of Ioannina where Giakoumakis used to study, resulted in several cruel and shocking incidents coming to light.
It was revealed that a group of students from Crete — where Vangelis was also from — were teasing and hazing him since his first year at the Dairy School. Actually, in March 2014, a faculty professor had even reported the fact.
For a little while things were better for the young student but according to the report, the teasing and attacks started once again in January 2015, a few days before he went missing. Furthermore, the inquiry also found that during that time, the “leader” of the Cretan group had returned to Ioannina to receive his diploma.
According to Greek media, Giakoumakis’ fellow student also testified that he was being constantly bullied. They said that the group would tie him to a chair and then lock him in closets. Giakoumakis was so afraid of them that he would not even go to the bathroom at night, the inquiry revealed.