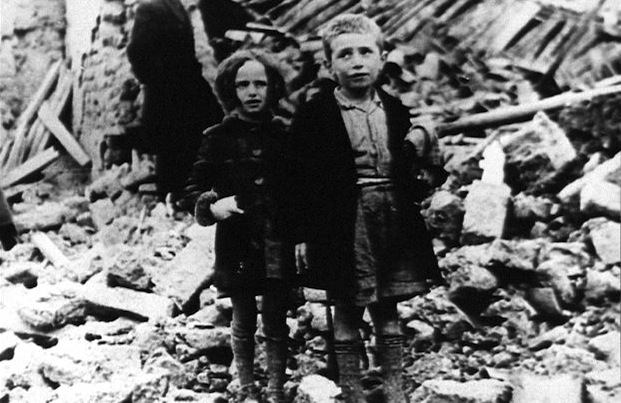 Greece’s prime minister has asked that Germany pays back more than 160 billion euros for the deaths and destruction caused by German occupation forces in the 1941-1944 period. Speaking in parliament on Tuesday, Tsipras said the Greek government is determined “that all of the unfulfilled obligations to Greece and the Greek people are met.” He said that it is a “duty to history, to the people who fought and to the victims who gave their lives to defeat Nazism.”
However, Germany thinks differently. “It is our firm belief that questions of reparations and compensation have been legally and politically resolved,” said Steffen Seibert, spokesperson for German Chancellor Angela Merkel, adding that “We should concentrate on current issues and, hopefully what will be a good future,” he added.
Berlin has flatly denied it owes Greece any more money, claiming it has already settled its debts following reunification of Germany in 1990. The“Two Plus Four” treaty, which involved East and West Germany, as well as the four occupying nations following World War II, namely France, the Soviet Union, the United Kingdom and the United States, saw them renounce all rights they formerly held in Germany. The document was also approved by Greece, which would effectively draw a line under any future possible claims for war reparations.
Germany says it paid Greece war damages of 25 million dollars in 1953, equivalent to 220 million dollars today, and also paid out 115 million Deutschmarks (a sum worth around 230 million dollars today), to victims of Nazi crimes in the early 1960s.
Athens has claimed it always considered the above sums as initial payment and expected the rest of the money to be paid back following German reunification.
The war reparation claims appeared again at a time the Greek government is strapped for cash and searching for funds to pay out the 240-billion-euro sovereign debt, Germans say.
A spokesperson for the German finance ministry said there is no reason to hold talks with the Greek government about reparations and that Athens is using it as a distraction from the serious financial issues Greece is facing.