Committee for War Reparations from Germany has 400,000 Documents of Archive Material 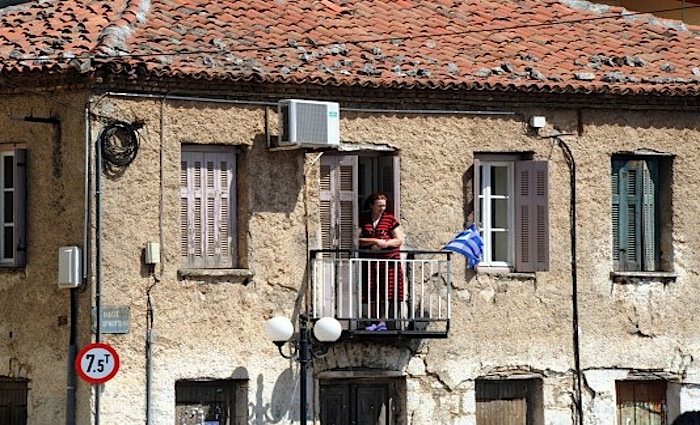 Almost 400,000 documents of rare archive material are now in the hands of the cross-parliamentary committee responsible for claiming war reparations from Germany.
The archive material belongs to the Greek Armed Forces and it was acquired by the U.S.A. The documents are loggers of the German Army and the occupation forces in Greece, 1941-1944.
Deputy Defense Minister  Kostas Isichos announced to the committee that the archives are in the process of being digitized and very soon universities, schools and citizens will have access to the valuable historical material.
Archaeological excavations, illegal mining and exploitation of precious metals, destruction of national monuments, looting, and destruction of airports, sea ports, bridges, roads and houses all over Greece by the German occupation forces are recorded in the documents. Since most of the material was recorded by the German army, it is indisputable that they are responsible for the acts.
Thoughts of Seizing the Building of Goethe-Institut
Justice Minister Nikos Paraskevopoulos said in parliament that he may decide to sign the Supreme Court decision on the compensation of the victims of the atrocities of the German occupation forces in Distomo.
As a first move, Paraskevopoulos said he considers giving the green light for the confiscation of German government property in Greece. The statement was made during the debate in parliament on the issue of German reparations for atrocities in the period 1941-1944.
He added however, that the final decision will not only depend on “the complexity of the case” but also on other considerations of national interest.
It should be noted that according to Decision 137/1997 of First Instance Court in  Livadia, 28 million euros were awarded to relatives of victims of Distomo for compensation. This decision became final with the 11/2000 decision of the Plenary of the Supreme Court, which rejected an appeal by the German State. However, under Article 923 of the Civil Procedure Code of the ”enforcement against a foreign government can not be done without prior permission of the Minister of Justice.”
A similar decision had been taken by the PASOK government in 2000. The then minister of justice had signed the decision of the Supreme Court to the effect that a bailiff would appear in the German Goethe Institute in Athens, in order to execute the judgment of the Supreme Court. However, a few days later Germany decided to approve Greece’s accession to the euro zone and the Greek government changed course and dropped the claim.