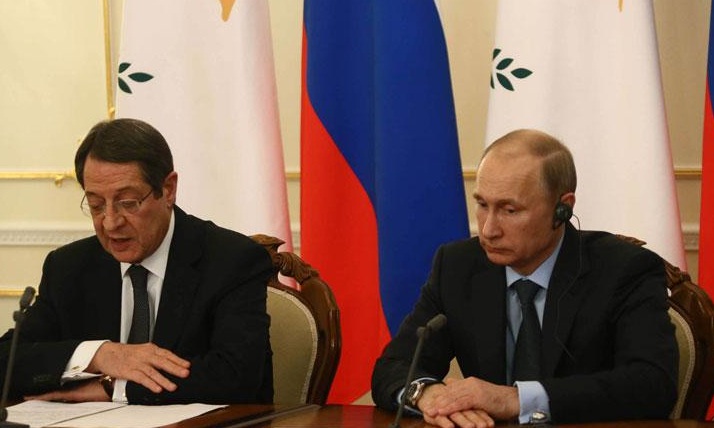 British Minister of State for Foreign and Commonwealth Affairs Baroness Joyce Anne Anelay, while speaking at the House of Lords yesterday, made extended reference to Cyprus’ relations with Russia, assuring her fellow peers that the bilateral agreements signed during Cypriot President Nicos Anastasiades recent official visit to Moscow were based on existing deals.

“We have been and remain in regular discussion with the Republic of Cyprus about security and defense matters, and have been briefed on the agreement signed in Moscow. The Cypriot government have assured us that these agreements represent a continuation of existing arrangements,” the Baroness highlighted while responding to a question by Lord Sharkey on what discussions the British government had with the Cypriot government and other European Union member-states regarding the proposal to establish a Russian military base on the island.

“When speaking to Russian media, President Anastasiades explicitly ruled out the use of Limassol’s port for military purposes. Foreign Minister Ioannis Kasoulides also said to the press, after the February EU Foreign Affairs Committee meeting in Brussels, that there was no question of Russian air or naval military bases on Cypriot soil. It is a continuation of existing agreements,” she underlined, rejecting concerns raised by Lord Sharkey regarding the military use of Cypriot facilities by Russia.

In addition, Baroness Anelay also singled out the necessity of European Union-wide “unity in the face of Russian aggression in Ukraine” and agreed with Lord Hannay’s assessment that “it might be useful to say to the government of Cyprus that President Putin’s policy in the southeast of Ukraine bears a striking resemblance to the creation” of the Turkish-Cypriot regime in northern, Turkish-occupied, Cyprus.

In the wake of a permission granted to Greek-Cypriots to develop areas within the British Bases in Cyprus, signed during President Anastasiades’ official visit in London in January 2014, the Baroness said it is a sign of the strong bonds of friendship and partnership between the two countries. “Non-military development is a further measure of the normalization of administrative planning laws and shows that the United Kingdom and Cyprus are serious about working together on our shared interests,” she concluded.