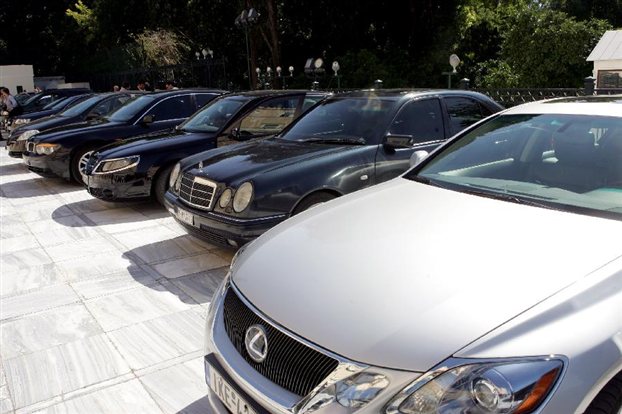 Only five of a total of 149 SYRIZA MPs refused state cars for their transportation during their parliamentary term: Lena Psarea, Giorgos Dimaras, Nikos Filis, Mustafa Mustafa and Giannis Stathas.

Despite Greek Prime Minister Alexis Tsipras‘ repeated affirmations that his leftist party will introduce new ethos in the country’s political life, the party’s MPs seem to have a different opinion. One of Tsipras’ first moves when he took office on January 26 was to cut state expenses by selling government vehicles used by politicians and cut down on MPs’ personal security. He urged his cabinet to lead a frugal life in tune with the economic and humanitarian crisis. Yet, after one month in power, several members of the SYRIZA Parliamentary Group asked from Greek Parliament President Zoe Konstantopoulou to be provided with state cars, while complaining that the reduction in personal security is a risk.

In an attempt to ease his MPs’ demands, Tsipras was only recently forced to return to the matter and warn them: “I felt bad when I was informed that during a Parliamentary Group meeting on technical issues, several MPs reacted and opposed the directive not to get state cars. They refused to give 300 and 400 euros, when they earn a 6,000-euro salary. Do not become like the others! This is not populism but details that will determine whether we are or we are not like the others. How long we will stay in power will depend on our behavior during our time in power. We come to subvert structures and privileges.”

It should be noted that SYRIZA MP Stathis, apart from refusing the state car privilege, has also refused his right to occupy two police officers for his protection who should rather be sent to the police station of his birthplace in Aliartos.

Similarly, just one of main opposition New Democracy MPs has refused his right to get a state car: Giorgos Koumoutsakos. Five “To Potami” and two Independent Greeks (ANEL) MPs have refused the state cars, while the entire PASOK Parliamentary Group requested cars.