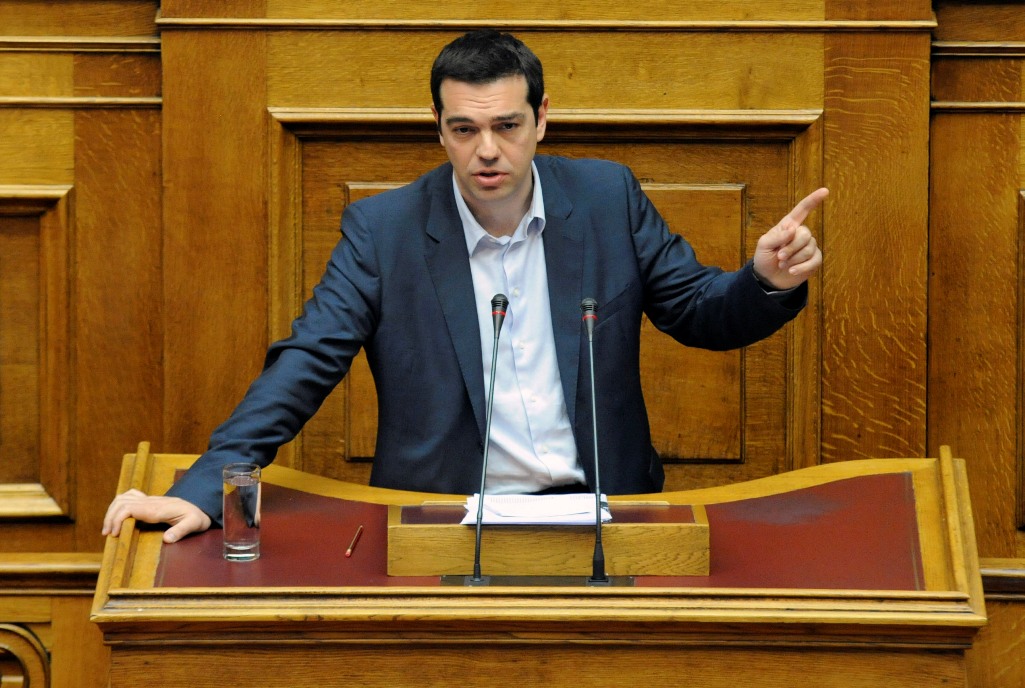 The Greek government supports the initiative to set up once again and upgrade the inter-party parliamentary committee to demand the WWII reparations as well as the forced loan from Germany, Prime Minister Alexis Tsipras said in a speech to Parliament on Tuesday.
Addressing the Parliament’s special session, Tsipras said that “the Greek government will work assiduously so that it helps Europe – on equal terms and through dialogue, in the framework of a sincere negotiation – move toward a solution to the complicated problems it faces. It will work so that Greek keeps its obligations fully. It will also work, however, to ensure that all unmet obligations to Greece and the Greek people are fully kept.”
Speaking of Parliament President Zoe Konstantopoulou‘s initiative to reintroduce the committee, he said, “We are prepared to offer every legal and political assistance so that this committee’s efforts bear results.”
The initiative, he added, will bring justice to the unfulfilled ethical and material debt, to the Greek people and to all European peoples who fought in war, sacrificed themselves, bled and defeated Nazism. This work is an obligation to Greek history and the participants in national resistance, including WWII victims and those who have a right to a future that is free of any kind of totalitarianism.
(source: ana-mpa)