Greece Participates in Eurovision with 'One Last Breath' 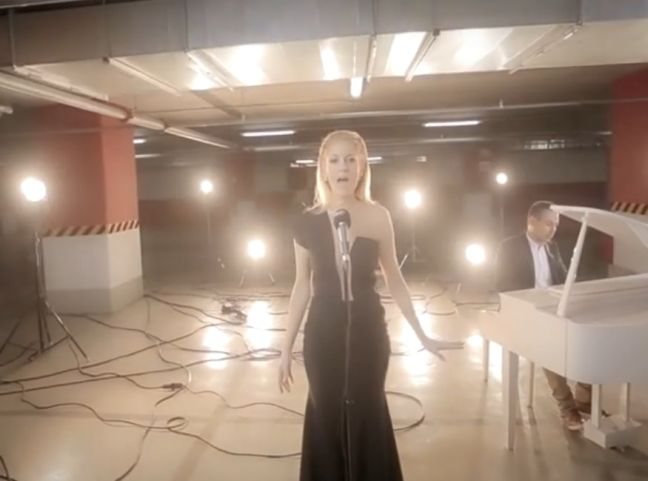 Greece will participate in the 60th Eurovision song contest in Vienna, with the song “One Last Breath” performed by Greek-Cypriot Maria-Elena Kiriakou. The young singer stole the spotlight when she performed in the special event that took place in Athens on March 4.
Maria-Elena Kiriakou will compete in the first competition semifinal on May 19, and will be the one to open the event in Vienna, since Greece will perform first. The second Eurovision semifinal will take place on May 21 and the finals will take place on May 23.
The music for “One Last Breath” was written by Efthyvoulos Theocharous, Maria-Elena Kiriakou and the lyrics were written by Vangelis Konstantinidis and Evelina Tziora.
Fokas Evangelinos directed the show for the Greek song presentation, which was hosted by Greek actresses Doretta Papadimitriou and Mary Sinatsaki. Furthermore, the event celebrated the tenth anniversary since Helena Paparizou won in the 2005 Eurovision song contest with her song “My Number One.” Paparizou performed her song, as well as last year’s winning song “Rise Like a Phoenix,” by Conchita Wurst.
Among the show guests were several artists who have represented Greece in the song competition, such as Thanos Kalliris, One, Loucas Yiorkas and Freaky Fortune. The show focused on Greece’s history in Eurovision for the last 60 years. This year’s contest aims to highlight the cultural affinities of European people, using the slogan “Building Bridges.”