GRNews
GreekReporter.comAustraliaAboriginal Activist to Give Lecture on Parthenon Marbles' Return

Aboriginal Activist to Give Lecture on Parthenon Marbles’ Return 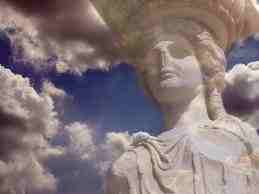 Starting this Thursday, the 2015 Greek History and Culture Seminar series, organized by the Greek Community of Melbourne for the fifth consecutive year, will take place in the community’s new building. The seminars’ inaugural lecture is on March 5 with Aboriginal activist Dr Gary Edward Foley and Greek-Australian University of Melbourne professor Nikos Papastergiadis.

During his speech, Foley will focus on the recovery of cultural heritage and the return of Aboriginal antiquities, alongside the Parthenon Marbles case. This will be the first time that an Aboriginal will present his speech before the Greek Community of Melbourne.

Foley is an associate professor at Moondani Balluk Indigenous Academic Unit. He was born in Grafton, New South Wales, and he belongs to the Gumbainggir tribe. He was expelled from school at the age of 15 and then moved to Sydney. He has been in the center of several major political activities in Australia, including several demonstrations for Aboriginal’s rights, as well as the establishing of the Aboriginal Tent Embassy in Canberra.

Papastergiadis, who will introduce Foley, is a professor at the University of Melbourne School of Culture and Communication.

The seminars are free and open to the public, and this year will take place in the new building of the Greek Community of Melbourne.