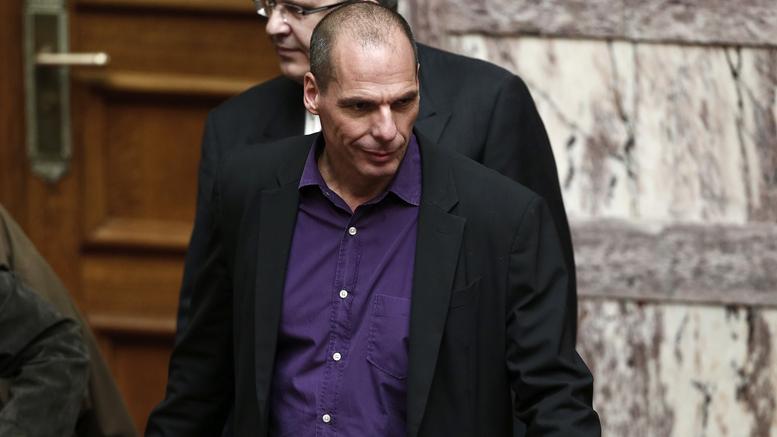 Greece will need a new international agreement on the debt in order to meet nearly 11.5 billion euros in obligations between June and August, and without an agreement past the four-month extension of the current fiscal program this payment will be impossible, Greek Finance Minister Yanis Varoufakis told German financial daily Handelsblatt, expected to be published in Monday’s issue.
In excerpts released on Sunday, Varoufakis is quoted as saying, “Just as we do not want to hear the word ‘troika’ anymore, our creditors do not want to hear the word ‘haircut,’ and I understand this.” He added that there are “smarter solutions” than a debt cancellation and gave swaps as an example, also proposing the issuance of treasury bills whose yield would be linked to GDP numbers. “Then it would be in our creditors’ interest as well to see our economy restart,” he noted.
Among other things he said that the fact that wages and prices are still dropping is a sign of a deep recession, while he said that the return to growth in the nominal GDP is the only way for Greece to start facing its mountain of debt, despite the low interest rates. “The way to reverse this is to have investments,” he clarified. Asked to comment on the government’s plans to fight tax evasion, he said “success is not guaranteed…
But what gives me hope is that none of us belongs to the old system — none of us has ever received a single euro. In that sense, we are independent” (of interests).
In terms of acquiring new friends since assuming the finance ministry, he said that “the Eurogroup is not a field where friendships are made quickly,” but stressed that relations with Greece’s creditors are “a lot more civilized than some mass media report.” The same holds true for his German counterpart, Wolfgang Schaeuble, of whom he noted, “I find him a fascinating person and consider it an honor to have met him. I appreciate our open exchange of views.”
(source: ana-mpa)