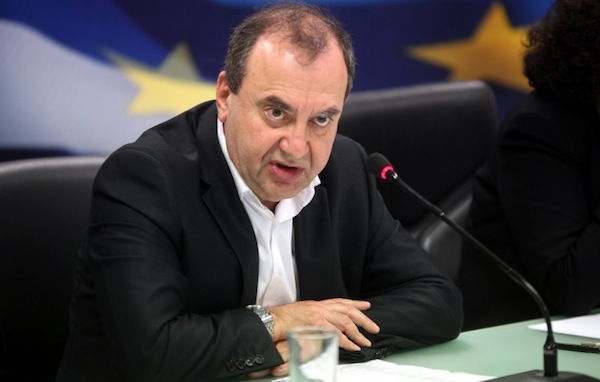 Greek Deputy Health Minister Dimitris Stratoulis ruled out on Friday the possibility of further cuts in main or supplementary pensions or a retirement age raise.
“There are no cuts in our government for pensions, neither in the main, nor in the supplementary ones and there will be no new rises in retirement age. These things ended with the vote of the Greek people in January 25,” the Minister said in a statement.
Stratoulis said the employees’ rights in the public and private sector will not be affected. “The only order we have given our agencies is to prepare the legislation that will help us end pension cuts, rises in retirement age and implement our government’s proposals for the support and upgrade of social security and pensions.”
The Minister also said the Greece’s new government will soon submit draft bills to Parliament for settling debts toward the pension funds, for changes in the social security funds of uniformed employees, for securing insurance for school guards and for providing health insurance to the long-term unemployed, the underemployed and the uninsured elderly and ethnic Greeks.
(source: ana-mpa)