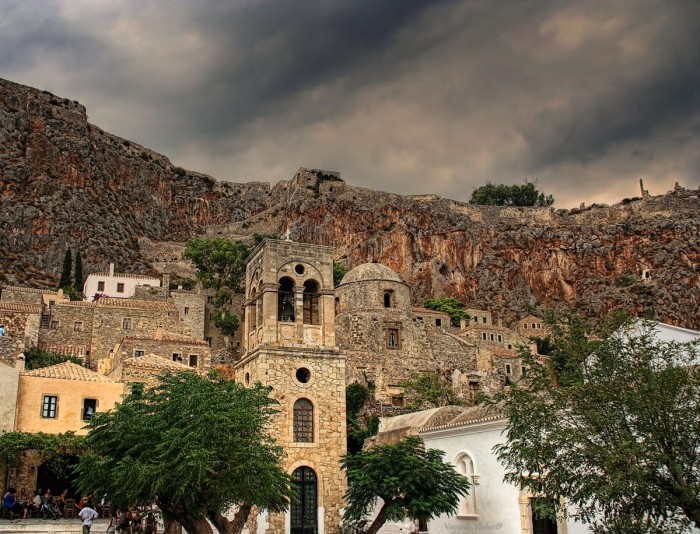 In a recent article published in Canadian newspaper “The Vancouver Sun,” Janice and George Mucalov describe their Aegean Sea cruise from Istanbul to Athens. Having visited the more popular destinations such as Mykonos and Santorini on a previous cruise, the two writers were able to focus on more “off-the-beaten-path islands and archaeological sites.”

Take Monemvasia for example, a small fortress town built atop an islet connected to the Peloponnese mainland through a narrow causeway. The small town and fortress were founded in 583 AD by mainland inhabitants seeking refuge from the Slavic and Avaric invasion of Greece.

“Monemvasia still evokes the past — a web of car-free cobblestone paths, wide enough just for a donkey pulling a wagon, winding past gold houses dating back to the Byzantine, Venetian and Ottoman empires,” noted the Vancouver Sun writers.

Furthermore, during their cruise, the couple also visited the ancient Greek city of Aphrodisias in the historic Caria cultural region of western Anatolia, Turkey. Aphrodisias -named after Aphrodite, the Greek goddess of love- is a “beautiful marble city” located just a three-hour bus ride from Kusadasi. According to the writers, it “rivals Ephesus as one of the best preserved sites of the ancient world.”

The city’s ruins were unearthed thanks to Turkish archaeologist Kenan Erim who dedicated 40 years of his life in excavating the site, where he is now buried.

Finally, the writers visited Meteora, which, in their opinion, was a bit crowded, but also breathtaking. “These rock pinnacles rise 400 metres high into the sky. What’s remarkable is that they’re crowned by monasteries built by monks as far back as the 11th century,” they noted.