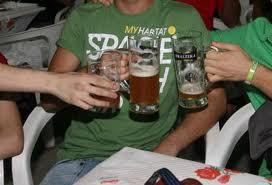 According to the article, Germans are ignoring the political developments, Greece’s instability, the recent debate between the country and its international creditors, as well as Bild’s negative comments. Judging by German people’s pre-booking on summer holidays, Greece not only made it to the top ten favorite destinations, but it took 5th place.

“There’s no indication that Germans are less inclined to travel to Greece due to the new political situation there,” according to German Travel Association (DRV) President Norbert Fiebig.

Feibig referred to a 10% increase in pre-booking vacation packages to Greece, compared to the same period in 2014. Furthermore, Thomas Cook and TUI, two of the largest German travel agencies, have also reported positive booking increases for Greece this summer.

In fact, TUI and DER Touristik stressed that the political developments have not affected German tourists’ preferences.