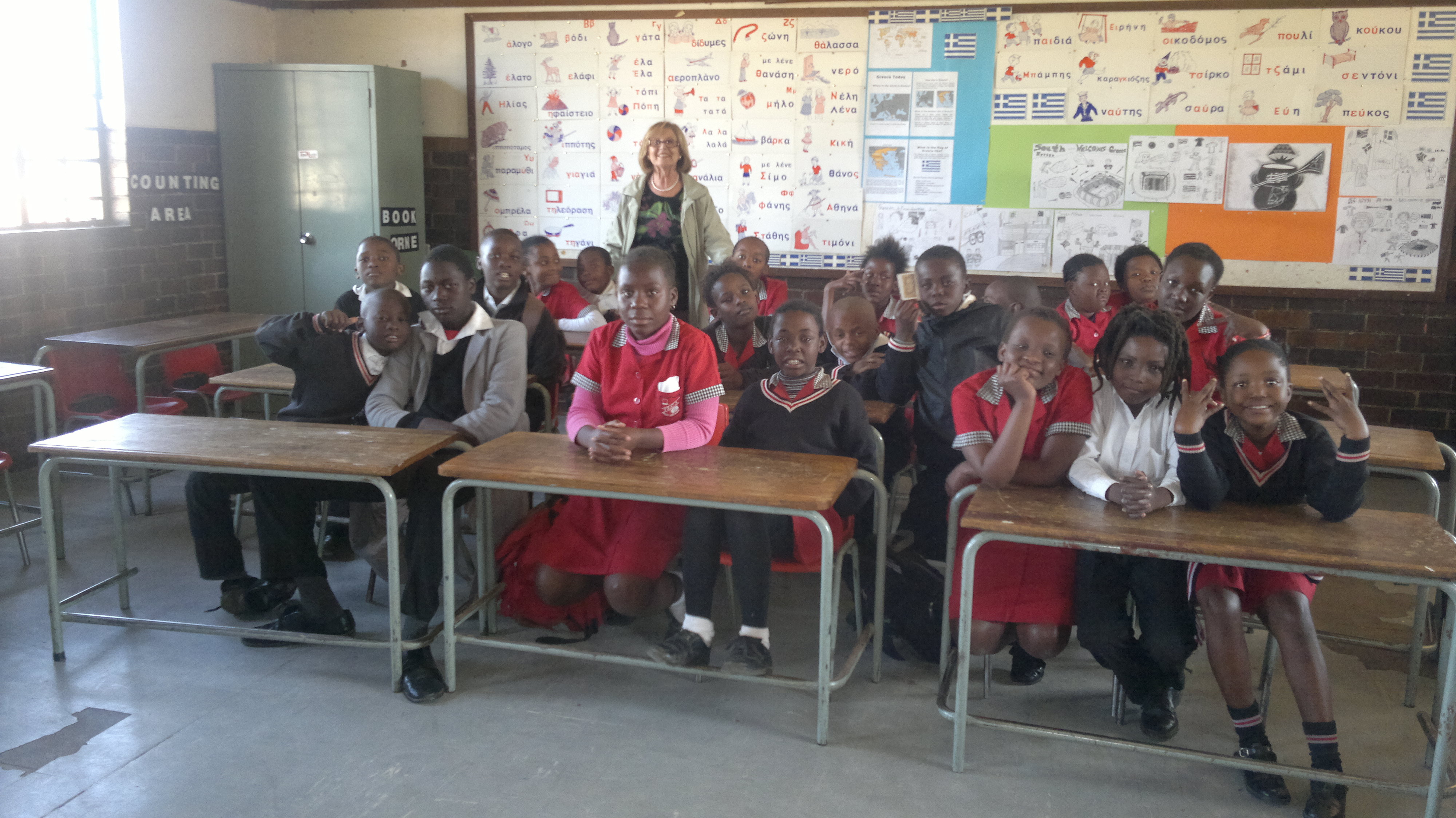 Jabavu East Primary School is operating as a hearth of Greek culture and civilization in the area of Soweto, Johannesburg, South Africa, thanks to the tireless and voluntary efforts of teacher Ava Papatheofilou. “We teach Greek through songs and games,” said the teacher, adding that she also teaches Greek philosophy and mythology so that the children can compare it to their own culture.

Patriarch Theodoros of Alexandria and All Africa, witnessed the work of Ava Papatheofilou first hand during his recent visit to the school, where students greeted him, holding Greek flags and singing the national anthem of Greece. Furthermore, the students also recited poems in Greek, while the Deputy Minister of Education spoke with enthusiasm about the Greek language and culture.

The South African school offers students the choice of taking ‘Greece’ as an optional subject, while the University of Johannesburg has introduced a ‘Greek studies’ program.

Other schools have also shown interest in expanding their educational programs to include Greece, noted Papatheofilou. She believes that this could be achieved through cooperation between Greece and South Africa, opening job positions for teachers in both countries. She also added that after 30 years of service, she is ready to pass on the torch to the next generation.

Papatheofilou arrived in South Africa in 1982, amid the apartheid. After the regime change in 1993, Papatheofilou started training South African teachers on how to approach the children of Soweto through art.

Papatheofilou stressed that South Africans are philhellenes thanks to Nelson Mandela as well as today’s politicians, in whatever faction they may belong. She also noted that she has gained very positive experiences thanks to the children she teaches but also her coworkers. “It is very encouraging to have good friends, who love you, appreciate you and broaden your horizons,” she added.