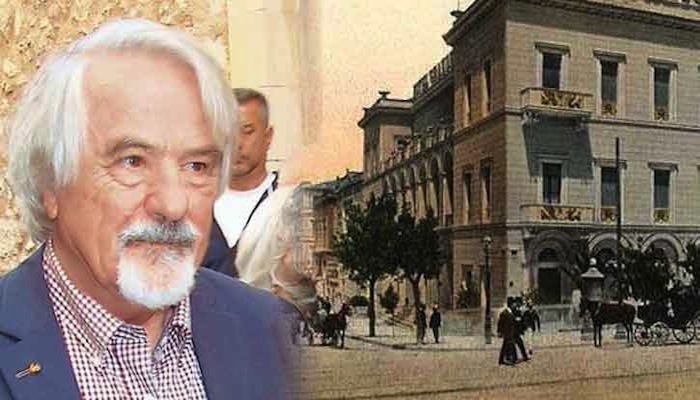 “The rich were exempt from taxes since the birth of the Greek state in 1830,” said German historian Heinz Richter, criticizing Greek political parties.
The German historian and author is professor emeritus of modern Greek and Cypriot history at the University of Mannheim. He has written a book and several papers on Greece.
Speaking to German Radio Deutschlandfunk, Richter spoke of a serious problem of political culture in Greece. In light of the new Greek government’s intention to create a more fair tax system by charging more to the high-income strata of Greek society, he said that this is impossible since rich Greeks are not paying their fair share of taxes since 1830.
Richter put emphasis on another crucial aspect of Greek reality: “The political culture in Greece differs from the rest of Western Europe because it is based on clientelism… It is a completely closed system. And so the political formulas that apply in Western Europe, do not work there.”
Seeking the roots of clientelism in the structure of the Greek state, Richter said that its origins are found in the period of Ottoman rule in Greece, which lasted nearly 400 years. The German historian criticized the way political parties operate in Greece. “The revolutionary war, between 1821 and 1830, was generated by clientelism. In this clientelism, political parties are parties in name only. In fact, they are client pyramids, consisting of leaders, high-ranking officials and subnets. These pyramids are maintained by favors done by higher-ups.”
The German historian said that SYRIZA is no different from parties of the past. Therefore, he doubts that the new Greek government will be true to the expectations raised.
“I remain pessimistic. The current situation is amazingly similar to 1981 when Andreas Papandreou came to power using almost the same slogans Alexis Tsipras is using today. PASOK seemed like a leftist party then, just as revolutionary as today’s SYRIZA. Nothing has changed,” said Richter.