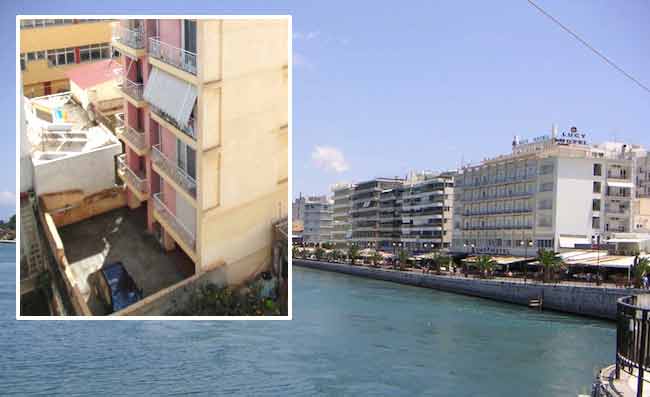 Two more victims are added on the long list of casualties of the economic crisis in Greece. A 63-year-old woman and her 27-year-old son jumped from the fifth floor of their apartment building and died.
The latest chapter of the Greek economic tragedy will include the first two suicides during the new leftist government. Of course the economic crisis is an ongoing plight that has entered the sixth year, but it is ironic that the administration that came to power with the pledge to put an end to such tragic incidents is now facing the first victims.
The incident took place in Chalkida, central Greece, at 9 a.m. Wednesday morning. The woman and her son jumped from the fifth floor of their apartment building. The mother was killed instantly and her son passed away in the hospital a few hours later.
At 9 a.m. on Wednesday, a neighbor saw the two bodies lying on the ground behind the building and notified the police.
According to neighbors, the family was facing serious financial problems. The woman was receiving a small disability pension which was cut 2.5 years ago. For the past 3.5 years she wasn’t able to pay the rent but the landlord was aiding the mother and her son who had psychological problems.
People who knew the woman described her as very proud and never willing to show that she was in need. She was getting meals from charities and soup kitchens.
“I saw the woman every day and we were greeting each other. I knew she had financial problems but I never imagined it would come to this point,” said a tenant of the building where the mother and son lived.
The apartment the woman was sharing with her son was meager, with very little furniture. Police have found a note which referred to a court decision that allegedly was a notification of the termination of her disability pension.