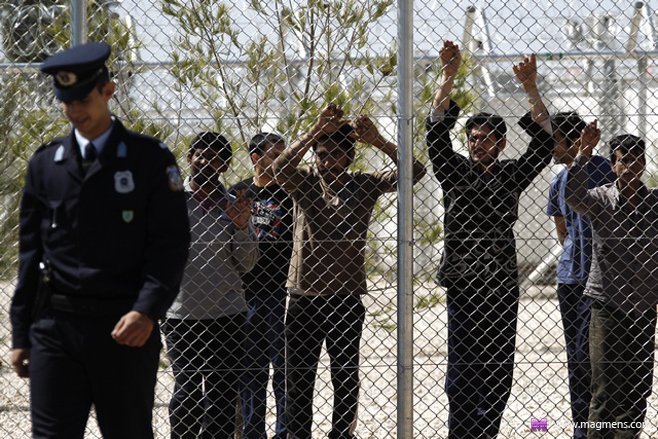 Greek authorities have started evacuating the Amygdaleza migrant detention center last Friday, saying they have released 100 migrants by Tuesday, while 980 remain in the premises.
Deputy Citizen Protection Minister Giannis Panousis had pledged to close down the Amygdaleza facility within 100 days, citing inhumane living conditions, following the suicide of a Pakistani national.
A police official said the plan is to release asylum seekers first, once their files have been studied, and continue with underage migrants and other vulnerable groups, as well as those who have already been detained for six months. The main problem for Greek authorities is to find a suitable open hospitality center to accommodate children and they have been in contact with other bodies to find a solution.
Police also said that those migrants held for criminal offenses or are awaiting deportation will not be released.
(source: ana-mpa)