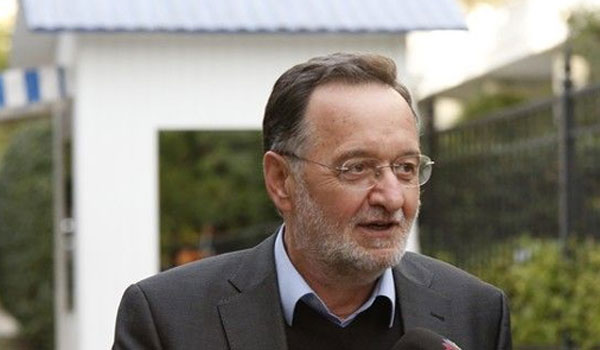 Productive Reconstruction, Environment and Energy Minister, Panagiotis Lafazanis, in two interviews with Greek Sunday newspapers Proto Thema and Realnews, expressed his opinion that the agreement reached on Friday’s Eurogroup between the Greek government and the country’s Eurozone partners should not cancel the anti-austerity and progressive program of the governing leftist SYRIZA.

“The red line should provide that any agreement will not create any obstacles to the implementation and therefore constant, without U-turns, fundamental bases and the fundamental commitments of the election and the government program,” Mr. Lafazanis stressed in an interview given on Friday, when the Eurogroup’s results had not yet been published. He pointed out, “the claim for a remission of most of the Greek debt” is still in the agenda.

Furthermore, regarding the scenarios that wanted the European Union Commissioner for Migration, Home Affairs and Citizenship Dimitris Avramopoulos as his party’s nominee for the Greek Presidency, Mr. Lafazanis declared he was against this option. Similarly, he said he did not agree with the nomination of the new President of the Hellenic Republic Prokopis Pavlopoulos, although he complied with the Prime Minister Alexis Tsipras’ decision and voted in favor of Mr. Pavlopoulos.

Finally, the Productive Reconstruction Minister repeated that the Greek government will not proceed with the privatizations included in the memorandum. “Public Power Corporation (DEI), Hellenic Transmission System Operator (TSO) and Public Gas Corporation (DEPA) will not be privatized and will remain under public ownership and management and will work with developmental and social criteria.” Regarding the port of Piraeus, he noted that “there is no privatization issue for Piraeus Port Authority, Thessaloniki Port Authority, and the Greek railways.”