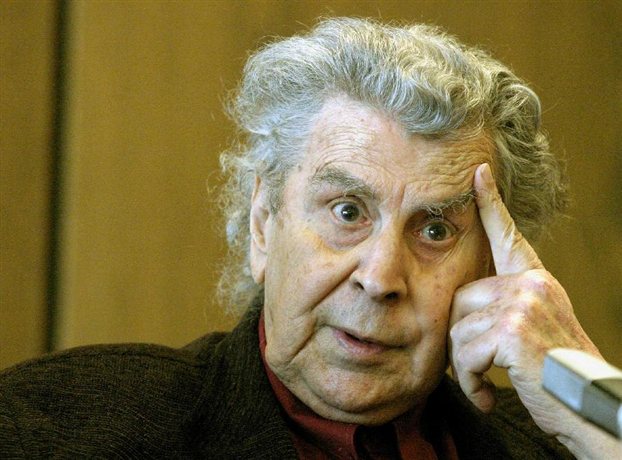 Internationally acclaimed composer Mikis Theodorakis stood on the side of the historic member of the Greek Left and SYRIZA MEP Manolis Glezos who yesterday publicly apologized to the Greek people for contributing to an “illusion,” as he characterized the government’s negotiations with the country’s loan partners, from which many expected that Greece will have more gains. Today, it was Theodorakis’ turn to publicly give his advise to newly elected Prime Minister Alexis Tsirpas, motivating him to say a proud “No” to German Finance Minister Wolfgang Schaeuble’s “Nein.”

Theodorakis waded in, appealing to the government, even at this late hour, to resist the pressure for concessions that would, as he claimed, plunge the country into the creditors’ “fatal embrace.” “There is hope. And that is for the SYRIZA leaders to find the strength to say, even now, ‘No’ to Schaeuble’s ‘Nein’.”

The 89-year-old renowned composer prompted the Greek Premier “to abolish all Memorandum-related measures and restore the Greeks’ national independence.” In a statement published in his personal website, Theodorakis urged SYRIZA’s leadership to oppose the European Union and stand up to them as well as barricade themselves within the national legality offered to them by the parliamentary majority they achieved just a month ago in the January 25 elections.

Additionally, he advised the government to take a decisive turn toward the Greek people’s side and the country’s wealth and resources. “Safeguarded behind the true power of united people, they should form consortiums and utilize the full potential of our national resources, in exchange for beneficial business deals that would once and for all relieve us from our creditors’ deadly clasp,” Theodorakis suggested.