Greek Productive Recon. Minister Says Privatizations Will Not Go Ahead 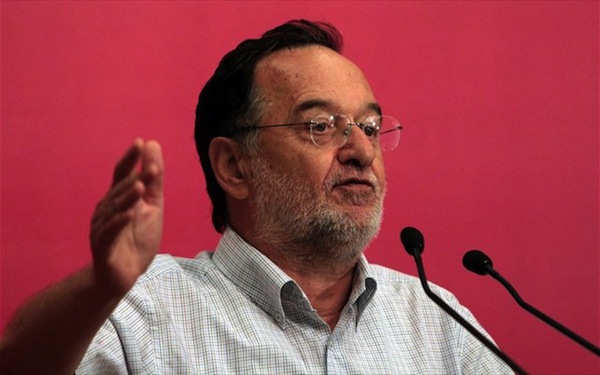 The Greek government will not proceed with the privatizations included in the memorandum or even more so with the fire sales of public assets and businesses, Productive Reconstruction, Environment and Energy Minister Panagiotis Lafazanis said in an interview with Greek daily Efimeritha ton Syntakton published on Saturday.
The minister defended the government’s “red lines” saying they exist and they will not be crossed. “We will not agree to a deal which will aim at cancelling the core of our radical, progressive program,” Lafazanis was quoted as saying to the paper.
Asked about the TAP pipeline, the minister said the government supports the construction of the south corridor for natural gas adding the country claims some offsets from the deal.
Commenting on the election of Prokopis Pavlopoulos as the new Greek president, Lafazanis said: “As far as the political characteristics for the person who becomes President of the Republic, I had and still have my own opinions, which I had the opportunity to express to the Greek prime minister and during the meeting of the parliamentary group. From then on, I stated clearly that I completely respect the choice made by [PM] Alexis Tsipras and SYRIZA’s parliamentary group and this is why I voted in favor of Pavlopoulos’ election.”
(source: ana-mpa)