GRNews
GreekReporter.comGreek NewsEconomyGerman Chancellor Merkel: We Will Only Approve Greek Deal if Promises Are...

German Chancellor Merkel: We Will Only Approve Greek Deal if Promises Are Met 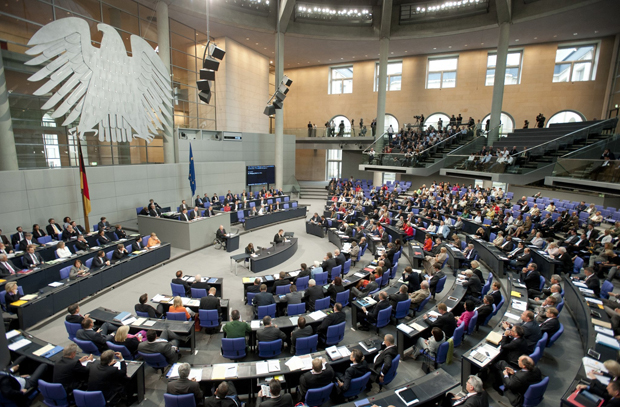 Athens might have struck a deal with its partners on Friday’s Eurogroup, although the agreed four-month extension of the loan agreement has to now be approved by the Eurozone member states’ national Parliaments. German Chancelor Angela Merkel has warned that Bundestag, the German Parliament, will only approve the agreed deal after Athens presents the list of reforms it proposed.
“The Greeks have to do their homework now. Then, an extension of the aid program can be approved by the German Bundestag,” Volker Kauder the leader of Merkel’s conservatives in parliament stated in an interview with German newspaper Welt am Sonntag. In a different interview published on Saturday he stressed that the Greek government has finally “realized that it cannot turn a blind eye to reality.”
In a similar context, the leader of Germany’s junior coalition partner Social Democratic Party (SDP) Thomas Oppermann characterized Greece’s willingness to proceed with new reforms as a good sign, but underlined “this has to happen now.” On his behalf, Ralph Brinkhaus from Merkel’s Christian Democratic Union (CDU) agreed that important steps have been taken and warned that the finishing line has not been reached yet. “Greece has lost some trust from its European partners in the last months. The extension of the program by four months has to be used to restore this trust,” he explained. “Without reliable considerations from Athens, the deal is worth nothing,” Hans Michelbach an MP for Christian Social Union in Bavaria (CSU) said.
The above came only a few hours after Germany’s Finance Minister Wolfganag Schaeuble’s statements that “the Greeks will certainly have a difficult time explaining the deal to their voters.”