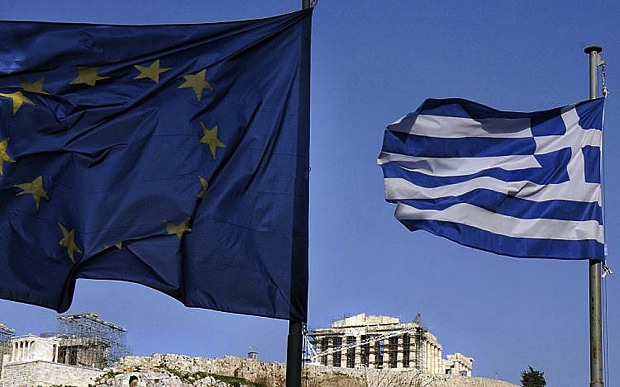 Greece has turned a new page and the plans to trap the government ahead of the February 28 deadline have failed, government sources said on Friday, following the achievement of a deal with the country’s European loan partners at the Eurogroup meeting in Brussels.
“Greece has turned a page. Negotiating means giving battles without going back on the popular mandate. It was proved that we could have negotiated all those years and Greece is neither isolated, nor is heading for the rocks, and will not continue the Memoranda,” the sources said.
The same sources noted blackmailing has failed and that the “Troika’s extra-institutional arrangement that gave orders and had become a superpower” has ended for Greece.
It was also noted that the main target of achieving an intermediate agreement that would give Greece time (four months), was accomplished.
“The request for an extension of the loan agreement was accepted in principle and is the basis for further decisions and developments,” the sources added.
Another important point is that measures aggravating austerity, which have been agreed by the previous government (an email to former Finance Minister Gikas Hardouvelis that demanded pension cuts, tax rises etc), as well as commitments to exorbitant and unrealistic primary surpluses have been avoided.
According to the sources, the new Greek government will present its reform measures for the intermediary period, promoting those that are accepted by both sides; these include tax evasion, fighting corruption, public administration restructuring, dealing with the humanitarian crisis.
The sources also clarified that the mention on unilateral moves (included in the Eurogroup document) does not concern the government’s overall policy but solely actions that have a fiscal cost.
Similarly, “the mention in appropriate primary surpluses, depending on the condition of the Greek economy, signals the end of the 3% of GDP target, or 5.5 billion euros for 2015.”
Greece and Europe will both have the necessary time to start negotiations for the final transition from a policy of recession, unemployment and social insecurity to a policy of growth, employment and social justice.
“The Greek government will continue its work with soberness, having society on its side, and will continue negotiations until the final deal in the summer,” the government sources concluded.
(source: ana-mpa)