German FinMin Schaeuble: Greeks Will Find it Difficult to Explain the Deal to Voters 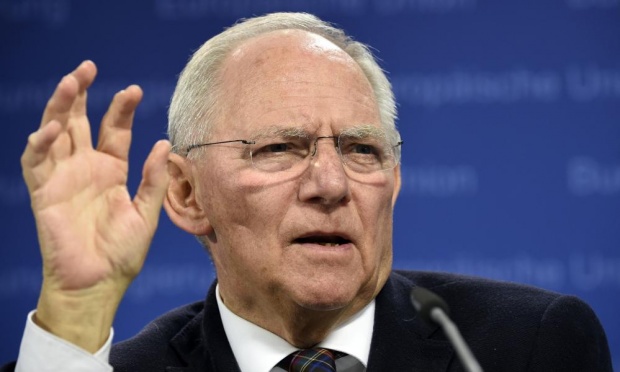 Greece and the Eurozone finally managed to bridge the gap regarding the country’s bailout program and they reached a new deal that entails a four-month extension of the loan agreement without new austerity measures and a commitment that no unilateral actions will be taken.
The acceptance of Greece’s request for a grace period until the end of April -pending the approval of a list of reforms that must be submitted by Greece on Monday- was greeted as a successful combination of “logic with ideology and rules with respect for democracy” by Greek Finance Minister Yanis Varoufakis in the press conference held in Brussels after the meeting. As he underlined, the agreement for the process to be followed was a first step in a new direction that took Greece out of its isolation in Europe after five years of suffocating Memoranda agreed to by the country’s previous government, while Greece is building a new relationship with Europe and the International Monetary Fund (IMF) to truly exit the crisis and reduce its debt.
On the other hand though, hardliner German Finance Minister Wolfgang Schaeuble indicated that the governing leftist SYRIZA, which won the January 25 elections in Greece with a pre-election program based on the abolition of the unpopular austerity measures, will have to back some of the measures it vowed to repeal. “The Greeks will certainly have a difficult time explaining the deal to their voters,” he said with a pinch of bitterness. While demanding “significant improvements” in Athens’ reform commitments, Schaueble accepted the loan agreement’s four-month extension, underlining though that “being a government is a date with reality, and reality is often not as nice as a dream.”