GRNews
GreekReporter.comBusinessCouncil of State Rejects Appeal Against Skouries Gold Mine

Council of State Rejects Appeal Against Skouries Gold Mine 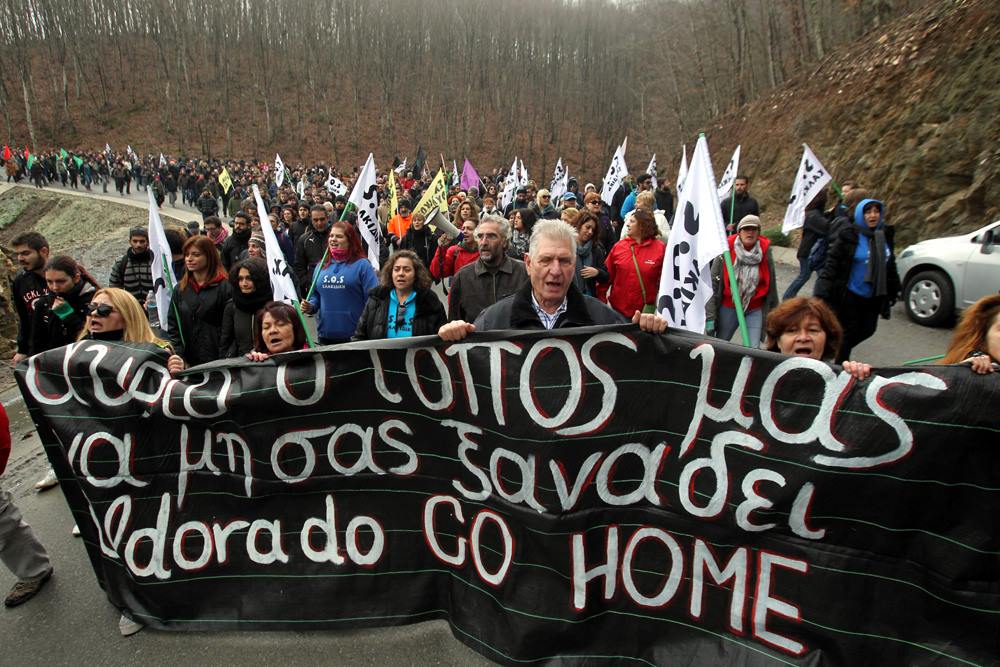 The fifth section of the Council of State on Wednesday rejected a joint appeal by 264 residents of Chalkidiki, in northern Greece, against a gold mining project in the area of Skouries.
The residents of the area had appealed on the basis of concerns about the destruction of the environment. However, the court found that their appeal was “groundless and unacceptable.”
The gold mining project is being carried out by Canadian-owned Hellas Gold and has been the cause of vehement protests by locals and environmental activists from all over Greece. They have staged frequent protests against the gold mine, which they argue will destroy adjacent forestland. In certain demonstration rallies there have been violent clashes with the police and arrests.
Contrary to the environmental activists are some 1,900 area residents who work for the gold mining company in Skouries. The mine workers and their families and friends also held protest rallies in the Chalkidiki area and Athens as well, asking for Hellas Gold to continue operations so they can keep their jobs.
The new Greek government has not taken a clear stance on the matter yet. In an effort to satisfy both sides, government officials have issued ambiguous statements that are unsatisfactory to both sides so far.
Minister of Productive Reconstruction, Environment and Energy Panagiotis Lafazanis had told Reuters that the new government opposes Hellas Gold, noting that “we will consider our next steps in this regard” and avoided making clear what the intentions of Athens are.
Deputy Environment Minister Yiannis Tsironis has stated that “we will not turn the switch off, but we will not change our stance now that we are government.” And he added, “We will take a look at the total investment, we will see what guarantees they give for the environment and growth,” acknowledging that “we have signed contracts, we must consider what it means to review them. We may consider other alternatives such as underground mining only. It is something we will examine from scratch.