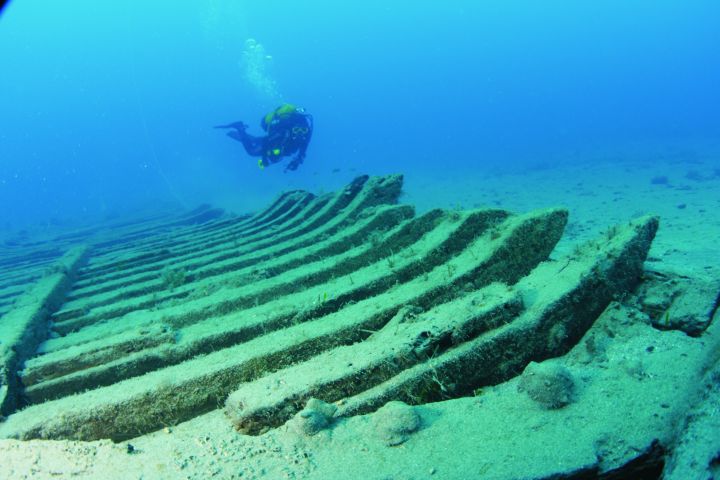 An important initiative that will showcase the wooden shipwreck that lies at the bottom of the sea at Rhodes port in Greece has been undertaken by the Technological Educational Institute of Athens which is currently looking for qualified partners to implement the program design.
The initiative will include an audiovisual showroom design for the museological exhibition of Rhode’s shipwreck and an audiovisual presentation room. Furthermore, the Technological Educational Institute of Athens plans on photographing, recording and archiving any audiovisual material of the findings’ maintenance process and adding it to the exhibition.
The shipwreck was first spotted in November 2007 by Vasilis Mandikos, a professional diver from the Greek island of Rhodes. In January 2008, Mandikos suggested that the wooden shipwreck qualified as an archaeological finding. According to local media, 3,000 gold coins, ancient vases, swords, small canons and several weapons were found in the ship even though an official announcement has not yet been made.