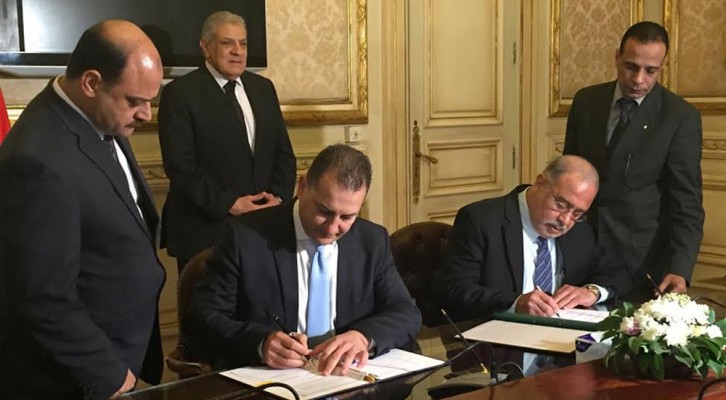 Upon his arrival in Egypt on Monday afternoon, Cypriot Energy Minister Giorgos Lakkotrypis underlined that the exploitation of the island’s gas resources from block 12 of its Exclusive Economic Zone (EEZ) will be undertaken by using Egypt’s existing gas infrastructure aiming at the mutual benefit of the two countries. As he said, the signing of a Memorandum of Understanding with his Egyptian counterpart is a very important step, explaining though, that it will take time to conclude the bilateral agreements, as the exact terms need to be agreed in detail.

According to the Memorandum, the Egyptian Natural Gas Holding Company (EGAS) as well as Cypriot Hydrocarbons Company (CHC) are authorized to examine solutions for natural gas transportation through a direct pipeline from Cyprus’ EEZ block 12 “Aphrodite” to Egypt. Such a development will optimize the use of gas infrastructure and offer additional profits to both countries.

As explained, the plan will be achieved in cooperation with concerned stakeholders in upstream and Liquefied Natural Gas (LNG) activities, while the aim is to conclude an agreement within six months from the date the Memorandum was signed. Furthermore, according to a press statement issued by both sides following the agreement, “this Memorandum of Understanding is a significant step toward strengthening cooperation between Egypt and Cyprus in the field of oil and gas, which will further deepen the friendly relations between the two countries.”