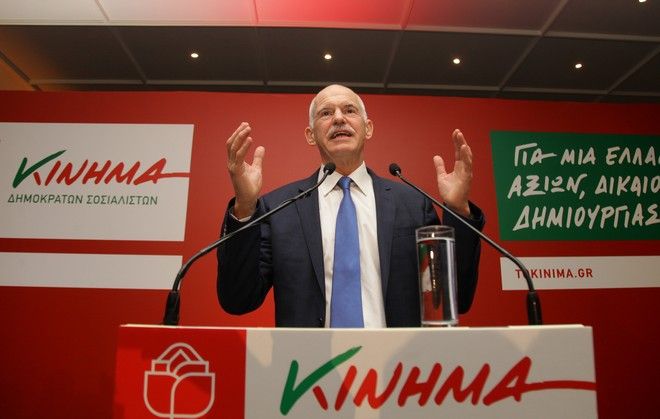 Former Greek Prime Minister George Papandreou sent a letter to all representatives of the European Union, the European Central Bank and the International Monetary Fund, asking for a mutually beneficial solution to the Greek debt problem.
In his letter to Greece’s creditors and all leaders of European Union’s 28 members, the President of the Socialist Democrats Movement (KIDISO) invited officials to take into account the efforts and suffering of the Greek people during the crisis and help Greece enter a growth path. He urged European leaders to promote policies and reforms that Greece is in dire need for.
According to the party’s official announcement, the letter’s key points are:
* The results of the sacrifices Greek people made during the five years of recession.
* The reforms implemented in a framework of austerity and the fact that those reforms were interrupted.
* The errors and weaknesses of the existing bailout program that created problems instead of helping Greece come out of the crisis.
* Instead of fiscal austerity and lack of growth policies, Greece must be put on a path of fiscal responsibility and development policies.

It was on this day, February 26, one year ago that the first case of coronavirus was confirmed and officially announced in Greece.
Diaspora