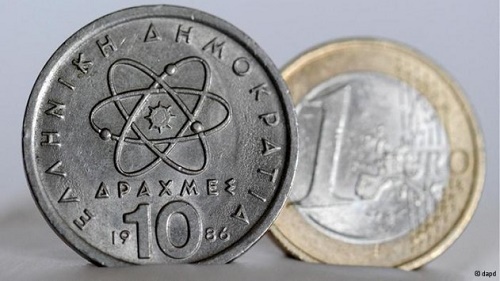 European finance ministers consider that if Greece and Cyprus exit from the common currency bloc, the risk for Europe would be manageable, according to Spiegel magazine.
The German magazine reporter claims sources that revealed off-the-record discussions of European finance ministers after Wednesday’s Eurogroup.
According to the report, euro zone finance ministers analyzed all possible next day scenarios for Greece, in or out of the common currency bloc, depending on the outcome of negotiations.
“If Greece leaves the euro zone, it is certain Cyprus will follow soon,” says the report, and continues: “Both countries have strong economic ties between them.” Yet, even if both countries leave the euro zone, the common currency bloc will not dissolve.
However, it is very likely that if Greece leaves the euro zone, then Cyprus will receive additional support from its European partners and stay.
At the same time, the head of the European Stability Mechanism (ESM) Klaus Regling commented on the possibility of Greece leaving the euro zone: “A Greek exit from the euro zone would probably be the most “hard” solution for all of us. For Greece and Germany, but also for the rest of the European Union.”