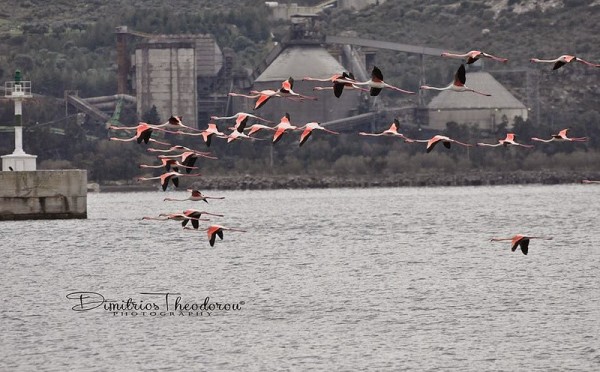 A series of beautiful photographs have been circulating the media over the last few hours. A group of flamingos with their characteristic pink plumage enjoyed the open sea in Euboea, Greece, before continuing their long migration journey to the South. The beautiful and photographs were taken by Greek photographer Dimitris Theodorou, creating a unique composition that includes the area’s industrial zone and snowy mountains.
The beautiful exotic birds, also known as the “birds of love,” are actually born white. After consuming their food, which consists mostly of Spirulina algae, they gradually acquire their unique pink color over the course of three years.
Flamingos are very social birds; they live in colonies whose population can number in the thousands. They build their nests in a conical shape, in places where there is no mud, so they can lay their eggs. Their beaks are specially adapted to separate mud and silt from their food, and are uniquely used upside-down. Flamingos usually lay their eggs in France and Spain but during the winter they migrate to Africa, while some 7,000 flamingos fly to Greece every year. 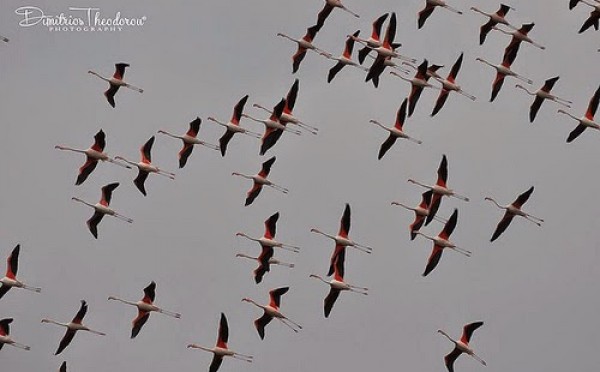