GRNews
GreekReporter.comGreek NewsEconomyFT: The Cost of a Third Greek Bailout Could be at Least...

FT: The Cost of a Third Greek Bailout Could be at Least €37.8 Billion 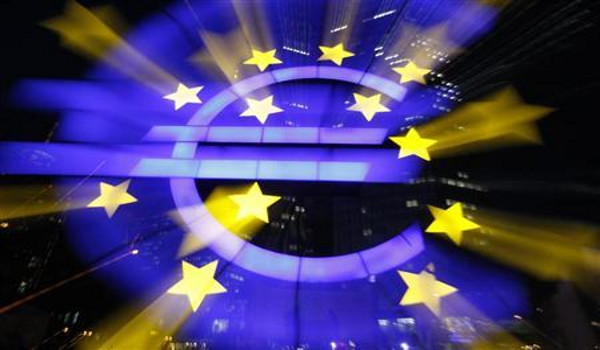 Greece will need a third bailout and the new government acknowledges that, despite what Prime Minister Alexis Tsipras and Finance Minister Yanis Varoufakis say publicly. This is what Peter Spiegel claims in a Financial Times report.
According to the report, euro zone officials are reluctant to estimate the size of another Greek bailout since tax revenues have decreased and “digging through Greece’s books is a fraught affair.” It has also been four months since international lenders have thoroughly gone through Greece’s financial affairs
Spiegel’s rough estimate is that the new bailout program, the third one, would cost 37.8 billion euros. That is if Mr. Varoufakis’ economic program is implemented in full. “Are Greece’s 18 euro zone partners prepared to cough up that kind of money in the current environment?” the writer wonders.
The baseline for the estimate is the last bailout review, even though it was done almost a year ago. At the time, the International Monetary Fund estimated that Greece’s current bailout was already 12.6 billion euros short.
The first amount to add to that is the 1.8 billion remaining in the European Union’s portion of the current 172 billion euros. If the Greek government insists that the current bailout expires at the end of February, that money disappears and the new bailout rises to 14.4 billion euros.
With the new government’s decision to halt the privatization program, 8.5 billion euros will be lost in the next three years, considering that the last two bailouts lasted three years each. Thereby, the price of the new bailout goes up to 22.9 billion euros.
Next, Mr. Spiegel takes into account Greece’s new fiscal targets. Under the current bailout, Athens was expected to post a primary surplus of 3 percent of gross domestic product this year. In 2016 and 2017, that target rose to 4.5 percent. Varoufakis has suggested that the new government’s anti-austerity plan should be to go for a 1.5 percent primary surplus.
According to these estimates, this year’s 3 percent surplus was expected to be 5.6 billion euros; cutting that to 1.5 percent means the program will be 2.8 billion euros short. For next year, the 4.5 percent target was to bring in a 8.9 billion euros surplus. Cutting that to 1.5 percent lops off another 5.9 billion euros. In 2017, the 4.5 percent surplus was to bring in 9.3 billion euros. Reducing that to 1.5 percent means another 6.2 billion euros lost.
The total losses from primary surplus would amount to 14.9 billion euros. Because Greece was projected to be running an overall deficit in those years, the shortfall would presumably need to be financed through more bailout funds. That brings the total needed for a new bailout to 37.8 billion euros, Mr. Spiegel says.
The writer says that the 37.8 billion euros is the lowest possible figure, because the estimate is based on healthy tax revenues and solid growth, and Athens is already lagging on both.
“If there’s any reason why Varoufakis’ plan is likely to get a rude reception among his fellow finance ministers it’s because of that price tag. German officials have already indicated the privatization program is a red flag, and it’s not clear everyone is willing to lower the fiscal targets. So at the end of the negotiation, a third program is likely to be significantly less than that. But how much less? That’s where the fight will likely be,” the report says.
There is also the important factor of the IMF participation in Greece’s bailout. Both, the European Commission and Greece are adverse to the institution, for different reasons. Under the current program, the IMF has to distribute 16 billion euros in 2015. If these funds are out of the equation, Greece’s bailout cost would rise to 53.8 billion euros.