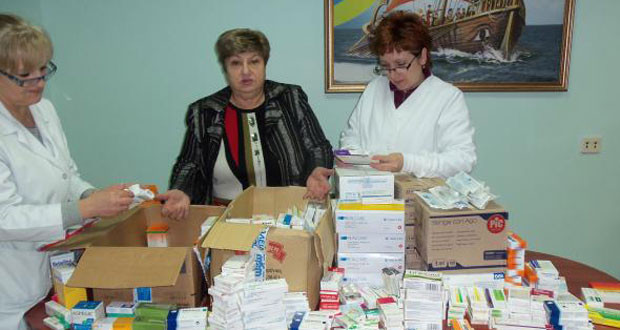 The Federation of Greek Associations in Ukraine sent a letter to Greek Prime Minister Alexis Tsipras requesting that Greece provides temporary shelter for Greeks in Ukraine’s conflict zone, who are in need of immediate assistance.

The letter described the tragic situation faced by Greek Diaspora members in the country’s eastern provinces, especially in Mariupol, and four other villages where fierce battles are raging.

“These villages, as well as Mariupol have suffered great damages. Roads were destroyed, houses were left without roofs or windows. Schools, playgrounds and medical institutions have closed down and the people are in shock, they need assistance,” noted the letter.

The federation heads called on the Greek government to “make a wise decision” on the issue of Ukraine, proposing the implementation of a plan similar to that of Poland that had organized a plan to transfer more than two hundred Polish families from Ukraine’s high risk zones to their homeland.

“We request the urgent implementation of a similar program. Our federation is prepared to submit lists with the names of Greeks located in conflict areas who are in need of assistance and could be transferred to Greece temporarily,” added the federation board.

“I have visited many Greek villages in the front line. We gave speeches about the history of Greeks in Ukraine and Greek music concerts for the Ukrainian soldiers situated in the area. Our goal is to raise awareness and make them understand that they need to take care of our people,” said the federation president Alexandra Prochenko.

A Greek prosecutor called for convicted terrorist Dimitris Koufontinas to be forced-fed as he entered the 47th day of a hunger strike.
Animals