Minister of Productive Reconstruction: No Privatization of Power and Gas Companies 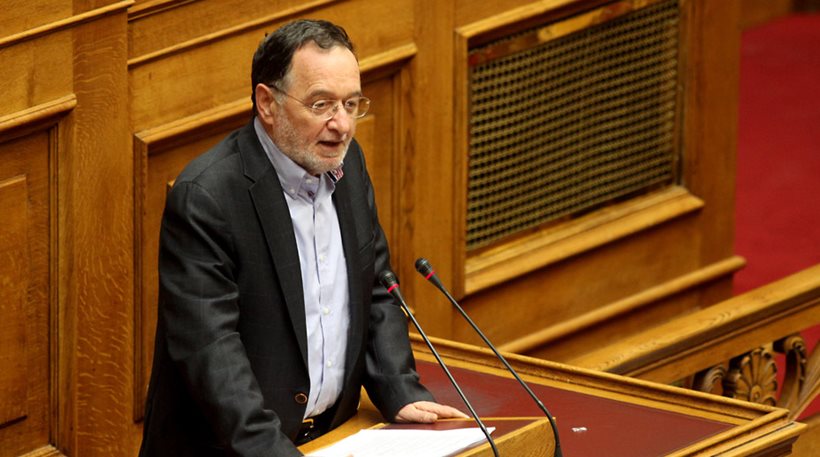 Minister of Productive Reconstruction, Environment and Energy Panagiotis Lafazanis announced today in parliament that the new government will put an end to privatization of public companies and implement all policies announced by the prime minister on Sunday.
Lafazanis announced the cancellation of further privatization of Greece’s Public Power Corporation (DEH) and Public Gas Corporation (DEPA). He also said that the new government will review the sale of the old Athens airport and gold deposits in Skouries, in northern Greece.
On the issue of the Hellenic Gas Transport System Operator (DESFA) already granted to Azerbaijani Socar, the minister said he expects the final decision of the European Competition Commission to take the final decision.
The minister announced that, the new government will upgrade the role of the General Secretariat for Industry. He said that they will develop special plans for the revitalization of industry sectors and industries such as shipbuilding and ship repair that have collapsed even though Greece has many competitive advantages.
Lafazanis stressed the need for a new energy strategy that will reduce the cost of electrical power and cut the price of natural gas, which, he said, “is perhaps the most expensive in Europe.” He added that natural gas should be available all over Greece. “We will decide the future of DESFA after the decision of the Competition Commission,” he said.
On the issue Hellenic Petroleum (ELPE), the minister said the new government will exercise all rights of participation to help rebuild the oil industry.
“We will upgrade efforts to exploit hydrocarbons. We are setting up a Public Institution for Research and Exploitation of Hydrocarbons,” stated the minister of productive reconstruction. He added that the ministry will re-examine 20 sea plots off Crete and the Ionian Sea.
“Our government will make a big shift towards primary production. Our priority is to produce certified agricultural and fishery products that are export-oriented,” Lafazanis said, adding that the state will help the Greek Sugar Industry survive.